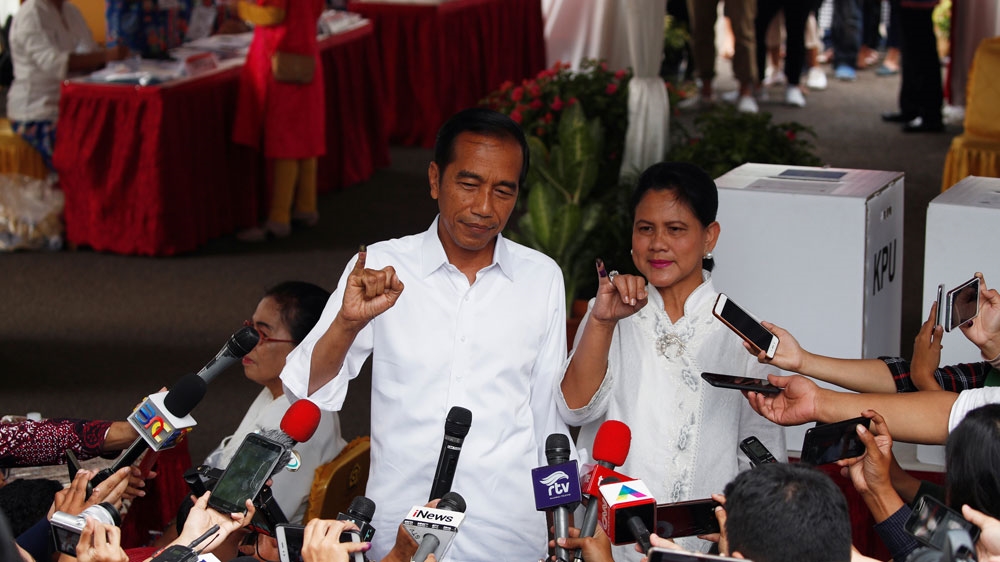 Indonesia's President Joko Widodo has beaten rival Prabowo Subianto to secure a second term, the country's electoral commission said. This happened just hours before the protest started against the final results of the vote last month. [19659002] The commission should announce the official results on Wednesday, but surprisingly released the final balance sheet early on Tuesday, as Prabowo promised to call into question a victory for the acting chairman.

Widodo – far Jokowi – and his vice president, Amin, won the elections on April 17, 55.5-44.5 percent ahead of Prabowo and Sandiaga Uno, the commission said.

"This decision was announced on May 21

… and will take effect immediately," said Commission Chairman Arief Budiman, in a live-stream announcement that aired on major media.

But a witness for Prabowo's campaign team and The Leading Opposition Party refused to sign and validate the official results, which were announced with little advance notice.

"We will not give up on this injustice, fraud, lies and these acts" Azis Subekti, a witness of the Prabowo campaign team, was quoted by Reuters news agency.

Later on Tuesday, Sufmi Dasco, an official of the Prabowo campaign team, said the presidential candidate would contest the official election result before the Constitutional Court.

Widodo, 57, had been widely voted victorious, according to unofficial findings.

The one-year-old retired general who allegedly warned widespread electoral fraud could lead to street demonstrations in the largest Muslim majority nation in the world.

Around 32,000 security forces were deployed in the capital, Jakarta, including the barbed-wire main office of the General Elections Commission.

The campaign was marked by fierce mudslinging and a series of fake online news – much of which was directed at the presidential candidates' unofficial results last month when Prabowo insisted he was the winner.

Prabowo lost a 2014 presidential bid to Widodo, which he unsuccessfully challenged in court.