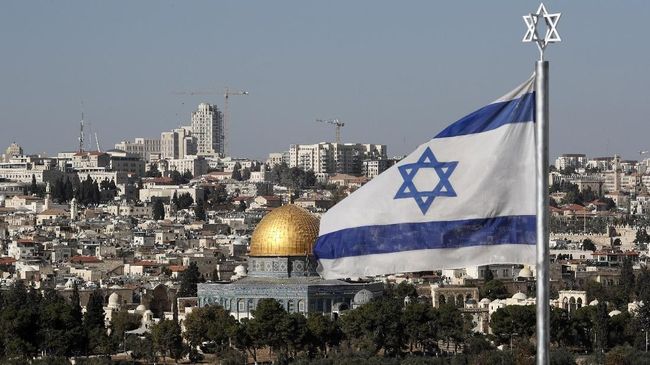 Jakarta, CNN Indonesia – Jordan closed the border and prevented the entry of citizens Israel after the 1994 peace agreement between the two countries had expired on Sunday (10/11). According to the journalist's clock AFP in northern Israel, two yellow gates merging with the bridge between Israel and Jordan were closed with chains.

Local officials said the Israeli army had blocked access to the gate the day before at 17:00 local time.

The gate had been the main gateway for Israeli farmers who wanted to farm in Jordan's lands in Baqura.

For the past quarter century, Jordan has allowed Israeli farmers access to land in a number of border areas, including Baqura in the north and Ghumar in the south.

Baqura is called Naharayim or "land of peace" in Hebrew, while Ghumar lies in the desert. The Negev is called the Zofar by the Israelites.

These territories have been privately administered by Israelis for decades. In the 1

994 agreement, which had to be renewed every 25 years, Israel and Jordan agreed that Baqura and Ghumar were under the control of Amman.

In 2018, Jordan's King Abdullah declared he wanted to keep the country completely.

On Sunday (10/11), Abdullah also stated that Jordan is taking "sovereignty over every inch of land ashore". it was completely. He also announced that a peace agreement on the country's administration between the two countries "ended," said King Abdullah in a speech to the Jordanian Parliament.

Relations between Tel Aviv and Amman have been tense in recent years, according to opinion polls, Jordanians strongly oppose a peace agreement with Israel, and it is known that more than half of the Jordanians are from Palestine [ThetensionsbetweenthetwocountriesbecameclearerwhenAmmanwithdrewhisambassadortoTelAvivlastOctoberwiththeambassador'swithdrawalasaformofJordanianprotestagainsttheprolongedimprisonmentoftwoofhiscitizensinIsrael (rds / dea)