Indonesia's unstable quake spares some, destroying others in the epicenter 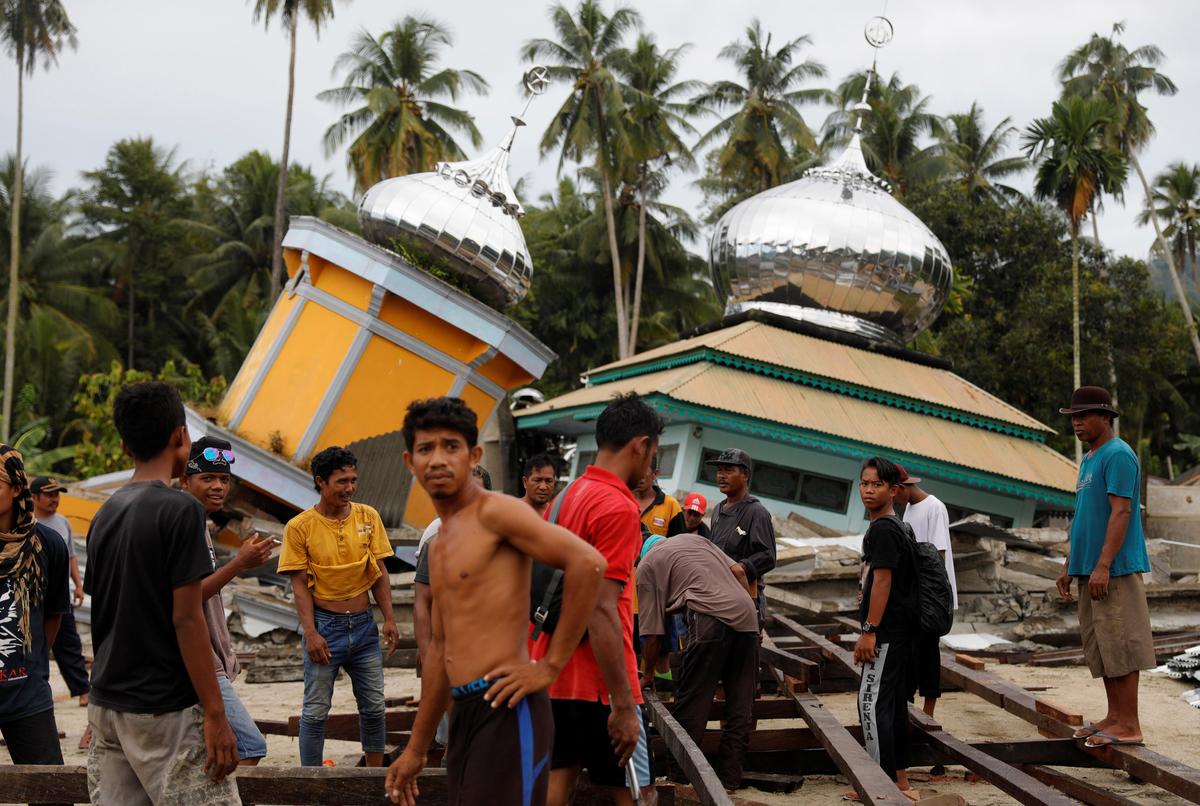 LENDE INDUK, Indonesia (Reuters) – Only 500 meters from the epicenter of the earthquake, which caused a wave of destruction in Indonesia, a modest wooden house on concrete hollow foundations in the village of Lende Induk stands completely and remarkably intact.

Villagers build a makeshift mosque at the epicenter of a devastating earthquake in the village of Lende Tovea in Donggala, Indonesia, Sulawesi Island, October 6, 201

A few miles away, along the main street of their sister village in Lende Tovea were dozens of houses – many of them built with reinforced concrete – completely destroyed by the violent shaking, so that a heap of rubble was created, which was neatly covered by fallen tin roofs.

The high-contrast scene in the hamlets between the coast and the lush hills that Reuters visited on Saturday shows the shifting effects of the magnitude 7.5 magnitude quake and subsequent tsunami, the Palu, a coastal town 78 km to the south , shattered, on September 28.

More than 66,000 buildings were heavily damaged and at least 1,649 people were killed in the disaster, but neither explain the quality of the construction nor the proximity to the quake, why some areas were destroyed and others in the vicinity remained relatively untouched.

Zainar, 38, who lives in the intact house closest to the epicenter, was inside when the quake set in.

While the house built a year ago was kept strong, she said that everything was broken in it.

"There was a monstrous tremor and everything inside fell down, we can not use anything," Zainar told Reuters.

Girls phoning as they sit on a broken wooden boat at the epicenter of a devastating earthquake in the village of Lende Tovea in Donggala on the island of Sulawesi, Indonesia, on October 6, 2018. REUTERS / Beawiharta

"Thankfully, by the grace of God, our house has not collapsed, I do not know why," she said.

Mudrik Rahmawan Daryono, an earthquake expert from the Indonesian Institute of Science who completed his PhD on geology around Palu, said that an unusual network of fault lines that cut through the area contributed to the explanation of the discrepancies.

There are four interconnected main distribution lines in this area and a multitude of smaller ones that emanate from them.

The immense energy created by the slippage of the tectonic plates under Lende Induk followed the fractures.

"Based on the satellite image, it is clear that one of the main fault lines, the Palu segment, is responsible for the earthquake," he said. "It goes through the city and the sea."

He said earthquakes cause greater harm when the soil is softer with higher saturation levels from the groundwater.

In extreme cases of heavy quakes, the soft, damp soil creates a liquefaction and transforms the soil into a churned, muddy liquid.

In Balaroa and Petobo, two sub-districts in the south of Palu have been hit by severe liquefaction, hundreds of people killed and countless homes demolished, many dragged into the agitated swamp.

Rescuers brought dozens of bodies from the areas over the weekend. It is believed that many victims are buried under meter-high mud and debris.

The Imam of Lende Tovea, Launi, knows little about seismology but has been thinking about the fickle disaster.

He was in his mosque with village chief Rahman Lakuaci and listened to Muezzin Darwi's call to prayer when the earthquake arrived.

Within five seconds of the first strike, Lakuaci said the mosque had collapsed. Lakuaci escaped, but Iman Launi was captured and rescued by villagers four hours later.

Darwis was killed instantly, one of dozens in the area where Lakuaci believes he died. He said 70 percent of the houses had collapsed.

The imam sat under a tarp in front of his devastated house, a shortage of broken wood and broken concrete surrounding an immaculately intact green cabinet. The imam said that shocked worshipers questioned him about the quake.

"I tell them, this is a test of God," he said, smiling congenially.

"I say, do not let that shake your faith, such problems bring us closer to God."