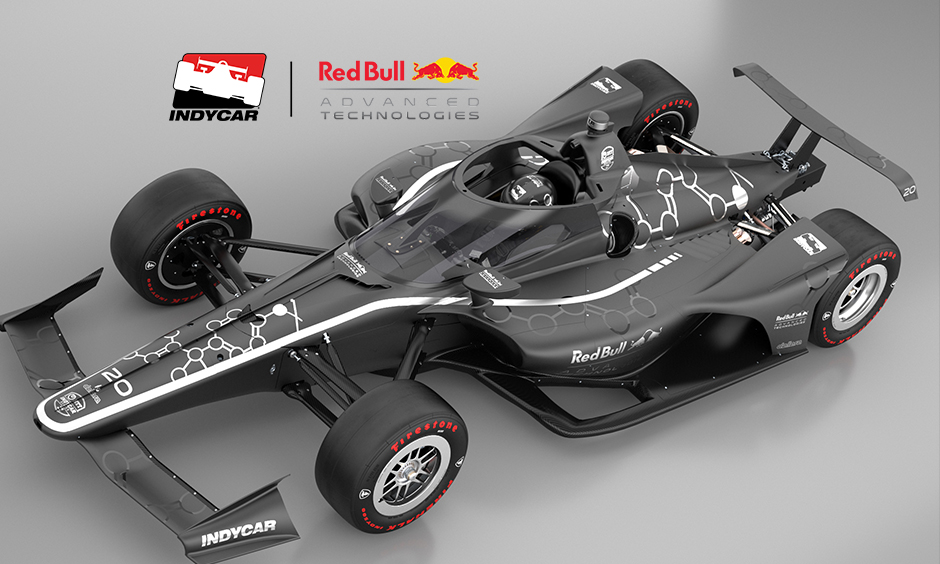 INDYCAR has partnered with Red Bull Advanced Technologies to develop an Aeroscreen for enhanced driver cockpit protection, which will be implemented by NTT at the start of the IndyCar Series 2020 season. This was announced by the two companies in a joint press conference at the Indianapolis Motor Speedway

The Aeroscreen is being developed by Red Bull Advanced Technologies to reduce the risk of driver injury from dirt or other objects that hit the cockpit area. The driver safety innovation that covers the cockpit consists of a ballistic aeroscreen anchored with a titan frame.

"Since the development and demonstration of the first prototypes in 201

6, Aeroscreen has the potential to improve safety for frontal impact drivers in the cockpit area of ​​cars," said Christian Horner, CEO of Red Bull Advanced Technologies and team principal of Red Bull Racing. "This new partnership with INDYCAR gives us the opportunity at Red Bull Advanced Technologies to take full advantage of this potential and provide a protection system that helps prevent serious injury and potentially save lives in the leading single-seater series in the United States. In the coming months, we will work closely with INDYCAR and its drivers to refine and perfect Aeroscreen. We look forward to seeing results in 2020. 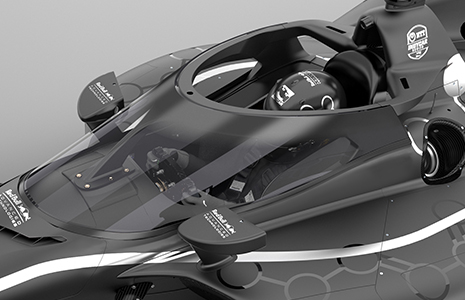 The Red Bull Advanced Technologies Aeroscreen is the second phase of INDYCAR's goal to further improve driver safety in open cockpit racing cars. INDYCAR presented the Advanced Frontal Protection (AFP) device for the INDYCAR Grand Prix, held May 10-11 at the Indianapolis Motor Speedway Road Course. The AFP should help to deflect dirt from the cockpit and the driver.

"This collaboration between Red Bull Advanced Technologies, Dallara and INDYCAR on the Aeroscreen is a true testament to the tireless commitment and passion for improving driver safety." INDYCAR President Jay Frye said. "We want to thank all Red Bull Advanced Technologies employees for developing a design that is relevant not only to the NTT IndyCar series, but also from a global perspective."

The design of Red Bull Advanced Technologies exists a laminated polycarbonate screen with an anti-reflective coating on the inside of the screen, an anti-fog device with an integrated heating element, and possibly breakers, all made by integrated third-party companies. Another feature for the drivers will be a cockpit cooling option, developed by Dallara, an official supplier to INDYCAR, in collaboration with Red Bull Advanced Technologies. Two rear side brackets and the integration of roller conveyors provide improved carrying capacity. The load capacity is expected to be 150 kilonewtons (kN), which is equivalent to the FIA ​​load for the Halo design currently used in Formula One. A kilo Newton equals about 225 pounds, which is equivalent to gravity, not static or static mass. Force is equal to mass multiplied by acceleration.

Following completion of Red Bull Advanced Technologies' Aeroscreen Draft, INDYCAR is tentatively planning test drives on the racetrack this summer by selected drivers of the NTT IndyCar Series and the approved aeroscreens that will be delivered to all teams.

"INDYCAR has always been at the forefront of driver safety," said five-time defending NTT IndyCar Series champion Scott Dixon of Chip Ganassi Racing. "They are constantly searching and evaluating what to do. It's something they've done throughout history as you look at the different eras since the car race began over 100 years ago. The Aeroscreen is just the latest effort to continue INDYCAR's efforts to improve driver safety.

The AFP unit, a 3-inch Dallara titanium component positioned in front of the cockpit along the mid-chassis, will be used by all teams for the remainder of the NTT IndyCar Series season, including that presented by Gainbridge 103nd Indianapolis 500 on Sunday.

Previously, INDYCAR had conducted extensive tests on a windshield concept developed in collaboration with PPG Aerospace. These included 2018 sessions on the track at the ISM Raceway in Phoenix and the Indianapolis Motor Speedway. The drivers testing the windscreen did not report any problems, but additional extensive testing at the PPG plant in Huntsville, Alabama, indicated that additional work was required prior to each implementation. Project to provide additional data and information to Red Bull Advanced Technologies for development of the current design.