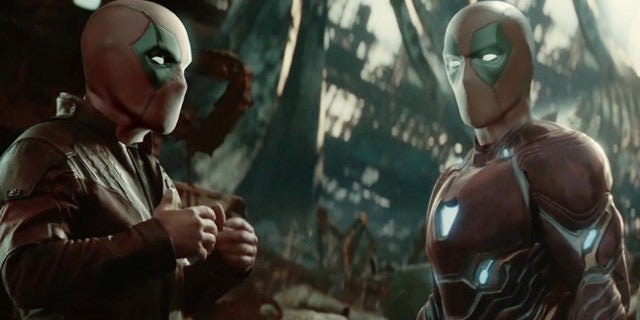 The Avengers: Infinity War trailer did not lack excitement or action, but there was one thing that it definitely did was Missing … Deadpool

Luckily, YouTube user Mightyraccoon! decided to fix this particular problem in the trailer by combining Deadpool's typical wit and humor with the final trailer of Avengers: Infinity War. That would be entertaining enough, but imagine if Infinity War was nothing but deadpools? Crazy, right? Well, now it is a reality.

The trailer features Deadpool's trademark in almost every leading role, including the insane titan himself Thanos, who fought against "Cable, which looks like a purple Homer Simpson" and decided to do the part for himself. The result is amazing, and all the funny lines are voiced by David Near.

Other highlights include Thanos Deadpool as Doctor Strange, Vision and Black Panther as he welcomes a Deadpoolified Captain America and Black Widow. Another highlight is the Star Lord and Iron Man scene, in which several Deadpools argue over their plan.

The Thor scene with Groot and Rocket Raccoon takes on a very different tone as Thor Deadpool shakes his hand for Chimichanga.

Deadpool even makes some changes to Thano's narrative and tells the superhero that he'll end them all, except for one of his favorites, who turns out to be Hugh Jackman. Just a little prejudice, that's all.

You can see the full video above.