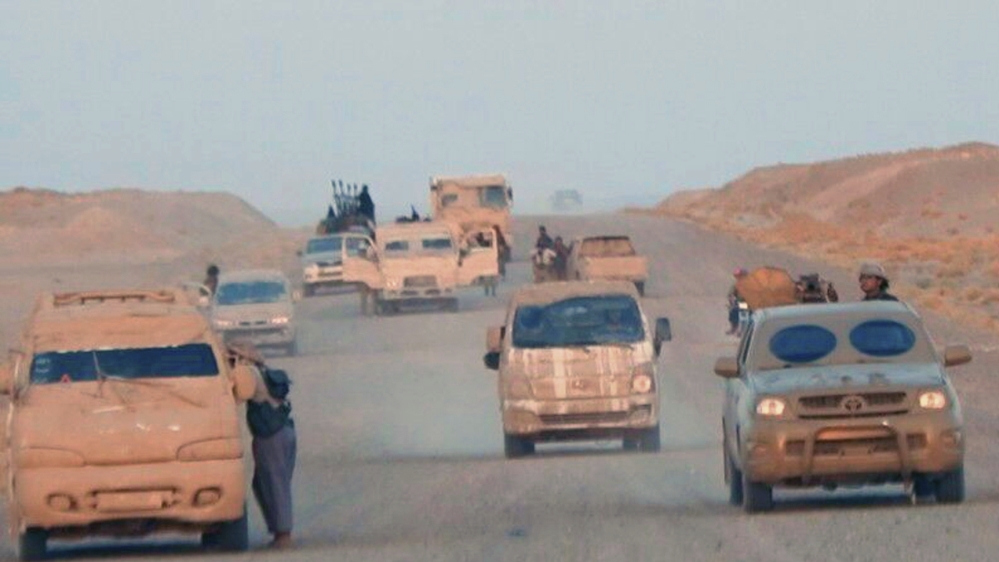 Leaders from a number of countries are responding to the announcement by US-backed forces that they have conquered the last enclave occupied by the Islamic State of Iraq and the Levant (ISIL or ISIS) in Syria and are eliminating so-called caliphate groups.

After weeks of fierce fighting and airstrikes, the Kurdish-led Syrian Democratic Forces (SDF) declared victory over ISIL on Saturday. They said they ransacked the group's fighters from their last remaining fortress in the eastern city of Baghouz. 19459004 on the banks of the Euphrates. 19459005

"Today we announce the destruction of the so-called Organization of the Islamic State and the end of its ground control in Baghouz", Mazloum Abdi. SDF Commander-in-Chief, declared an award ceremony.

The SDF has been Washington's partner in Syria for the past five years, leading the fight against ISIL.

The announcement marked the end of a brutal self-proclaimed caliphate that shot ISIL – originally an offshoot al-Qaeda – in 2014 in much of Iraq and Syria.

The conquest of Baghouz, however, is unlikely to mark the end of ISIL in the region, analysts said.

Here is the first regional and international response to the news of the fall of the last bastion of ISIL.

The SDF's senior military commander called on the government of Syrian President Bashar al-Assad to choose the dialogue path for ISIL's military defeat when he announced a "new phase" of the conflict.

"We call on the central government in Damascus to favor the process of dialogue," Mazloum Kobane said in a statement.

He also urged Damascus "begins to take practical steps to reach a political solution based on the recognition of" autonomous institutions and the special status of the SDF. "

He commented on the fight against ISIL and said that a" new phase in Combat against terrorists "begins, adding the target is now The" sleeper cells "of the group are to be eliminated.

President Donald Trump said the US would" remain vigilant towards ISIS by making the effort bring together the global fight against terrorism to "fight the armed group until finally defeated".

"To all the young people on the Internet who believe in the propaganda of ISIS you will be dead when you join," said Trump in a statement. "Instead, think of having a great life."

"While these cowards reappear occasionally, they have lost all reputation and power," he said, adding, "They are losers and will always be losers."

"We congratulate the Syrian people and especially the Syrian Democratic Forces on the destruction of the fraudulent caliphate of ISIS," said Roebuck.

"While we have completed the territorial defeat of IS in Syria and Iraq, we still have much work to do to achieve a permanent ISIS defeat … ISIS remains a significant threat in the region, in the United States States and our partners and allies, "he added.

President Emmanuel Macron said a source of potential violence had been "eliminated," but he warned that "the threat remains and the fight against terrorist groups must continue."

"The Syrian Democratic Forces have announced that Daesh's last fortress has fallen, and I congratulate our partners and the armies of the international coalition to which France belongs," Macron said on Twitter.

"They fiercely fought the terrorists for our safety."

Prime Minister Theresa May called the overthrow of the bastion " a historic milestone in the fight against the ISIL" and said The British government remained "committed to eradicating their toxic ideology".

"The liberation of the last territory held by Daesh would not have been possible without the immense courage of the British military and our allies," she said on Twitter the abbreviation of the group in Arabic.

"We will continue to do the necessary to protect the British people, our allies and partners from the threat that Daesh poses."

Britain said its forces had close to 1,400 workers in the region supporting local forces in addition to the RAF's numerous airstrikes.

The British Army has also supported the training of Iraqi security forces.

Foreign Minister Heiko Maas described the end of the caliphate as "an important step". However, he warned that it was "clear" that ISIL "continues to pose a significant threat."

"We will not underestimate this threat," he said.