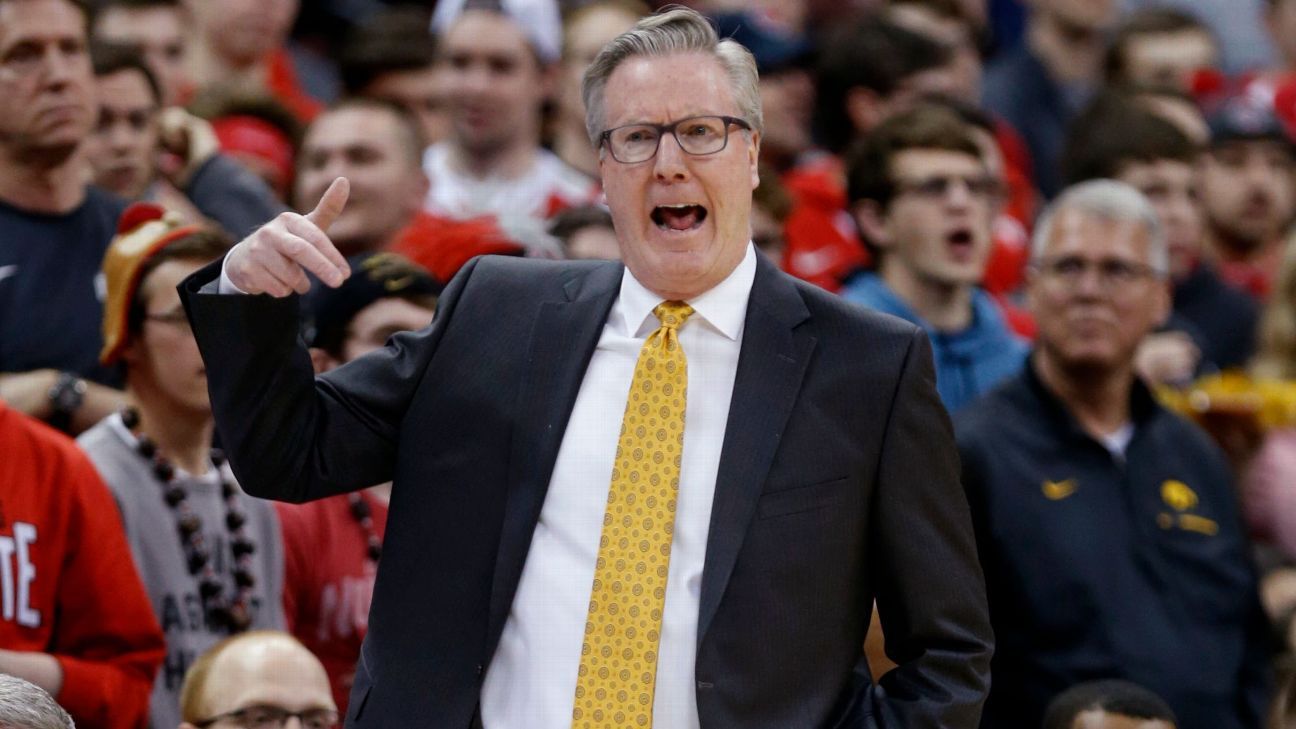 Iowa coach Fran McCaffery reportedly exposed an official to a profanity tirade on Tuesday over a 90-70 defeat by Hawaneses No. 22 against Ohio State in Columbus, Columbus and his son, Connor McCaffery, both guard

After the game, Fran McCaffery shouted, "Toledo Blade and Columbus Dispatch, you're cheating —– f —– You're a shame!" "At the official Steve McJunkins, when he chased him around the arena."

Asked at his post-game press conference what he said to the officer, McCaffery stopped the reporter and said, "I can not talk about it." [19659002] Connor McCaffery was called in for a foul on Ohio State's Keyshawn Woods with 4:08 in the game and the Hawkeyes at 78-67, with McCaffery and Woods in contact making contact and McCaffery landing Grounds A few games earlier, McCaffery had received an offensive foul call at the other end of the court.

Connor McCaffery appeared to protest after the second call and was called to a technical, the first technician of his career.

Fran McCaffery asked about the technical status of his Soh nes "Postgame" he asked Connor what happened. "I can not … I would love it, I can not," he told the reporter, shaking his head. Less than a minute after his son had gotten up, Fran McCaffery was also called a technical. It came after Nicholas Baer of Iowa (19459017) had performed a layup and the Hawkeyes had cut the lead to 82-69. McCaffery was called when he appeared to appear on the court to speak with an official.

This is not the first time that the McCafferys officials have had a family affair. In February 2006, Fran McCaffery, the then coach of Siena, was eliminated from a game. In his opinion, it was the first time in his career. His wife Margaret was later thrown out in the game after a tirade at the officials.