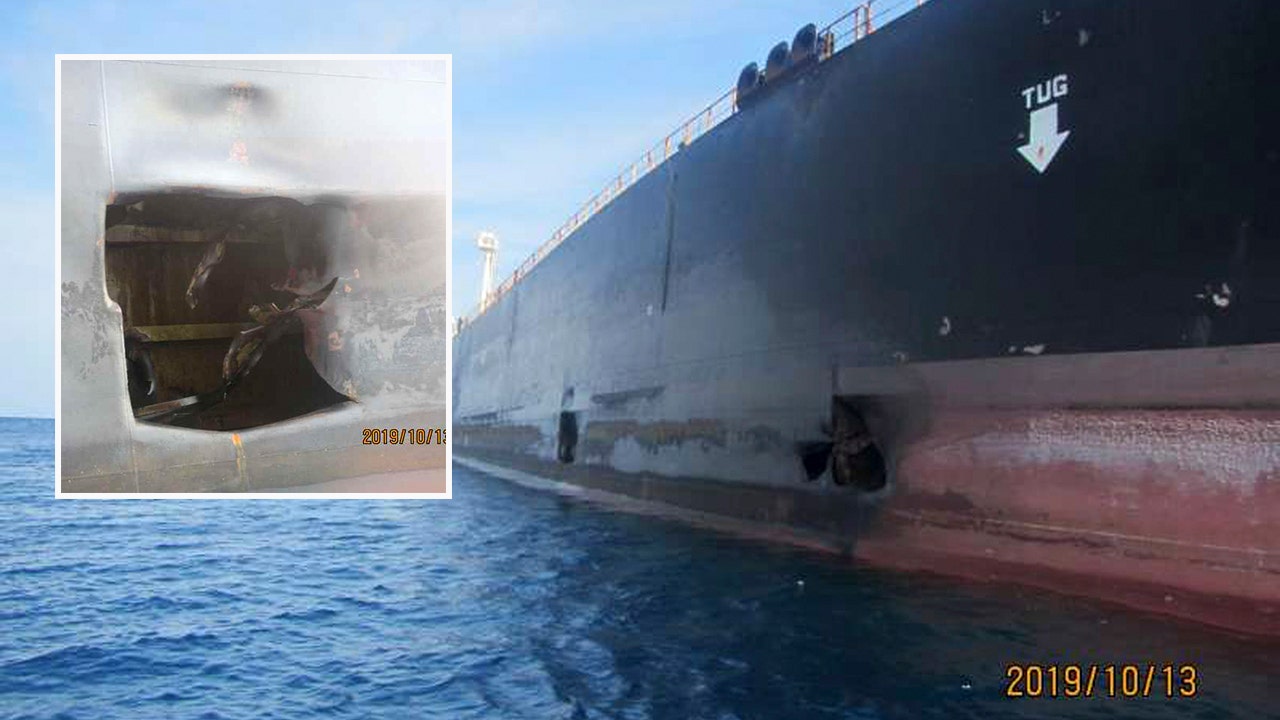 The pictures released on Monday showed two gaping holes in the hull of an Iranian oil tanker that hit Tehran in a mysterious attack off the coast of Saudi Arabia last week.

The Iranian Ministry of Oil published photos of Sabiti, a tanker of the National Iranian Oil Company, with two square apparent impact areas just above the waterline.

Iran announced that the ship was targeted on Friday for a rocket attack, an allegation that still needs to be confirmed. Saudi Arabia has denied involvement in the incident and no one has assumed responsibility.

The Iranian state television reported that the alleged attack had led to an oil leak that was later clogged. (SHANA over AP)

Iranian state television reported at the time that explosions damaged two storage facilities aboard the oil tanker and caused oil leakage into the Red Sea near the Saudi port of Jeddah. The leak was later clogged, reported the Islamic Republic News Agency (IRNA).

The ship had been broadcast on the Saudi satellite transmitter Al Arabiya.

Later, Iranian officials said the Sabiti would return to the Persian Gulf. You have not dealt with the oil spill.

Iranian President Hassan Rouhani warned on Sunday that it was "a big mistake" to believe his country would not respond to threats following the alleged attack.

The alleged attack occurred 60 miles off the coast of Saudi Arabia in the Red Sea. (SHANA over AP)

"If a country believes that it could cause instability in the region without receiving an answer, that would be a mere mistake," Rouhani said, blaming no one country.

For months, there has been intense friction between the Islamic Republic and the Kingdom – and representatives of both Muslim nations – in an attack the most important Saudi oil infrastructure culminated on September 14th. The US blamed Iran for the attack, which halved the Kingdom's oil production, despite Tehran's rejection of its responsibility to Saudi Arabia to help protect the kingdom.

Lucia I. Suarez Sang and The Associated Press of Fox News have contributed to this report.