Is Iran Responsible for Alleged Attacks on Gulf Tankers? | news 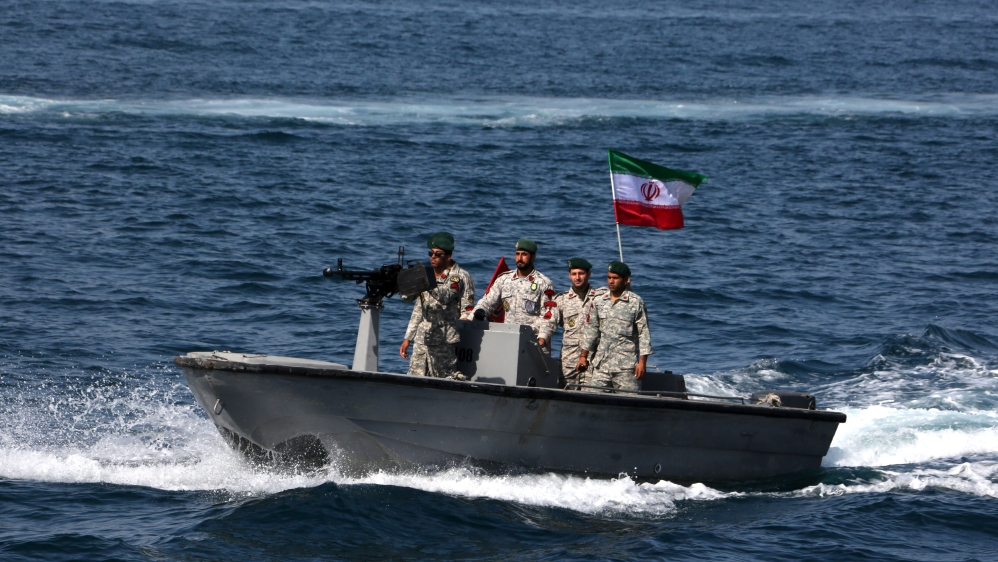 An attack on commercial tankers near the Strait of Hormuz – a vital sea lane for global oil supplies between Iran and Oman – would be a problem for world trade even in normal times. That such incidents were reported on Thursday, as tensions between the US and Iran increased, makes them even more of a threat. Not only for global trade, but also for peace and security in the region and the world.

Thursday's events that damaged the Norwegian Front Altair and the Japanese Kokuka Courageous occurred just one month after the United Arab Emirates reported "sabotage" against four other merchant ships off the coast of their Emirate of Fujairah.

The United States, which has expanded its military presence in the region, blamed Iran for both events.

Hours after the recent incidents were reported, the US military released a grainy video of which it said it was showing members of the Iran Revolutionary Guards Corps (IRGC), which attempted to mine an unexploded mine Kokuka Courageous to remove.

Tehran has rejected the US allegations, claiming that the recent allegations are both "ridiculous" and "dangerous."

Mohammad Javad Zarif, The Iranian Foreign Minister also described the time of the reported attacks as "suspicious" and found that a Japanese ship was damaged while Japanese Prime Minister Shinzo Abe visited Tehran to ease the tensions to defuse between the US and Iran.

As demands for an international investigation increased, the owner of Kokuka Courageous doubted the US narrative and said the crew of the ship had seen a "flying object" before it was shaken by a second explosion.

"I do not think a time bomb or object was attached to the side of the ship," Yutaka Katada said Friday.

Analysts reacted with skepticism to the US allegations. And even those who believed the allegations were valid said Washington may have forced Iran's hand with its "maximum pressure" campaign to punish financial sanctions.

Threat to the closure of the Strait of Hormuz

"Tehran has the ability to make such attacks and threatens to disrupt shipping in the Gulf, while it is also desperate due to strict sanctions and international isolation." said Max Abrahms, professor of political science at Northeastern University in the US.

This Iranian threat followed a US bid to bring Iran's oil production down to zero. The US move announced in May came after Washington again imposed sanctions on Iran, a year after it signed an international agreement that lifted global sanctions in exchange for restricting Tehran's nuclear program.

US President Donald Trump said the renewed financial pressure was aimed at forcing Iran to negotiate a new agreement, including its ballistic missile project.

Iran, however, has remained defiant.

Despite US sanctions that triggered an economic crisis in the country, Iranian leaders said they would not be bullied in negotiations with the US. Instead, they threatened with countermeasures, including the closure of the Strait of Hormuz, through which more than a third of the oil traded by sea flows.

"A According to international law, the Strait of Hormuz is a sea route, and if we can not use it, we will close it", General Alireza Tangsiri, Commander – The head of the IRGC Marine, said in April.

Iranian President Hassan Rouhani said the same thing last December. "If one day they want to prevent the export of Iranian oil, no more oil will be exported from the Persian Gulf," he had warned.

The Islamic Republic has also warned that it will withdraw from the nuclear agreement if other contracting parties – Germany, France, the United Kingdom, Russia and China – Tehran does not protect from the US penalties.

Barbara Slavin, director of the Future of Iran Initiative at the Atlantic Council, said that if Iran were responsible for the attacks on Thursday, it would carry out its repeated threats to other countries in the country The region also faces "obstacles" when it comes to oil exports.

"The goal would be to show the international community that their approval of secondary sanctions in the US is not free, and to show the Trump government that US action by no means restricts Iran's" malicious "policies, but stimulate them. " [19659011] "Skepticism Justified"

However, as Iran still called on the remaining signatories to realize its promised economic benefits, Abrahms said it was not in Tehran's interest to disrupt Gulf trade.

"The question arises as to why Tehran would commit such an attack because it only harms Iran on the world stage and helps its enemies, while skepticism is also justified by the unreliability of [US’] intelligence services is, "he said referring to the flawed intelligence Washington used to justify its 2003 invasion of Iraq.

And despite Iran's defiance of US measures, attacks on international oil supplies in the Gulf represent a qualitatively different matter of activity, others noted.

"It could not be the job of Iran or even the specific elements within the Iranian state," said Hamidreza Azizi, a professor of international relations at Shahid Beheshti University in Tehran.

Consider the confluence of these attacks with Abe's trip to Tehran, the presence of Russian crew members on the Norwegian-owned Front Altair, the proximity of the accident site to Iran's territorial waters, and finally the reprinting of Supreme Leader Ayatollah Ali Khamenei "Resistance" means no military action, and you'll find that Tehran is not the culprit, "he said.

" It sounds like a provocative false flag operation carried out by the Iranian regional nemes to play the victim and portray Tehran as the main devil in space, even if they are trying to torpedo any chance of negotiations between Tehran and Washington and invade Iran to draw a conflict that they long for, but can not win by themselves, "Azizi added 659011] "All-out War"

Regardless of who is behind Thursday's events, the uncertainty in the Gulf is likely to persist until the US and its allies change their aggressive behavior towards Iran and let go steam, " told an IRGC-affiliated intelligence analyst.

In an interview with Al Jazeera on the condition of anonymity, the analyst said that some in Tehran considered a large-scale Gulf confrontation unlikely, as such a conflict would also have serious consequences for the US would have USA and its regional allies.

"If these escalations coincidentally lead to a military confrontation between Iran and the US, Tehran's response will not be limited to the US, but will definitely involve its neighbors in the neighborhood, and they will see the end of their rule." explained the analyst.

"They may hope for a limited conflict, but in the case of Iran, it will not happen like this, it's going to be an all-out war, but let's not forget it was the US that started." this spiral. "