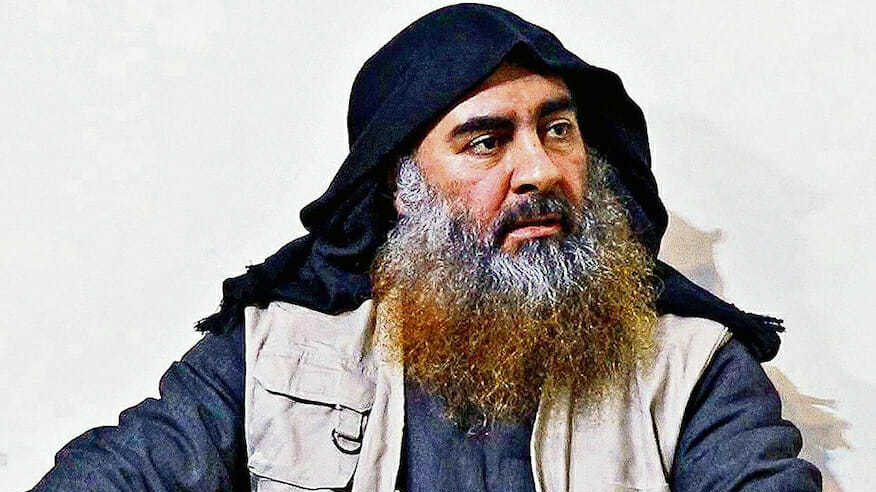 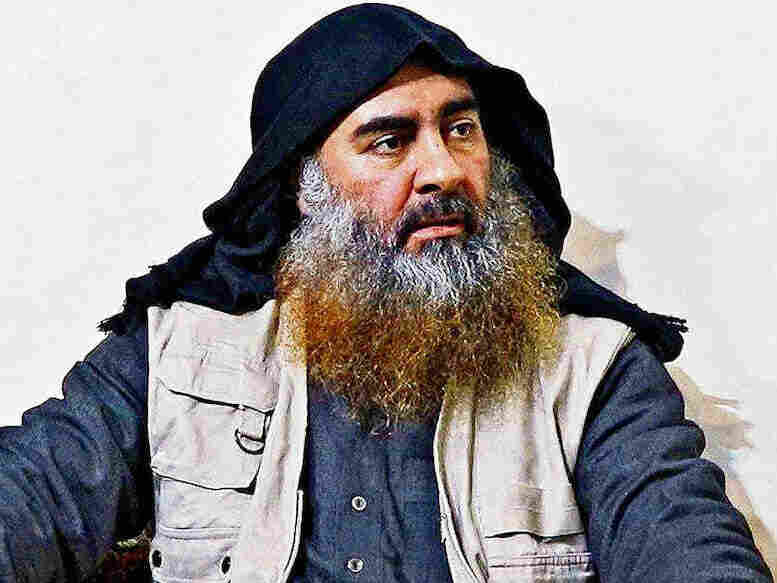 The late IS leader Abu Bakr al-Baghdadi in an undated image published this week by the Pentagon.

The late IS leader Abu Bakr al-Baghdadi in an undated image published by the Pentagon this week.

In an audio message published about his pivotal media operation, the group's new spokesman announced that Baghdadi's successor is a man named Abu Ibrahim al-Hashimi al-Quraishi. He is a largely unknown figure outside the ISIS circles and is celebrated in the Embassy as the "Emir of the Believers" and "Caliph" of the group's alleged caliphate.

In the announcement, both Baghdadi and former ISIS spokesman Abu al-Hassan al-Muhajir were praised as "martyrs".

It came less than 24 hours after the head of the US Central Command, General Kenneth "Frank" McKenzie Jr., had posted a video of the raid Baghdadi and five other ISIS fighters died in northwestern Syria.

McKenzie announced new details of the operation against Baghdadi and warned that US officials were preparing for "some form of retaliatory attack."

"We do not do it Illusions that [1945904"Wewillgoawayonlybecausewehadtokill"McKenzientoldreportersataletteronWednesday

adding that for a time ISIS could be" a bit incoherent ". "They're going to be dangerous, we suspect they're going to try a form of retaliatory attack, and we're prepared and prepared for it," McKenzie said.

The attack force, which is based only in the US, was transported by helicopter from a base in Syria to the province of Idlib for about an hour, he said, about 4 miles from the border with Turkey. ISIS fighters, whom McKenzie said had "proved hostile intentions against US forces," were eliminated by two air strikes on US helicopters. Those who included 11 children said McKenzie.

Upon completion of the attack, US forces took documents and electronics from what is termed "substantial" terrain.

After the withdrawal, the military destroyed the site in a precision blow "to make sure it is not a shrine or other memorable facility," McKenzie said, adding, "It looks pretty much like a parking lot right now big potholes. " Overall, he said, six ISIS fighters died on the site, four women and two men, including Bagdadi.

McKenzie reiterated Trump's account of the Sunday attack, in which Bagdadi detonated a suicide vest that collapsed the tunnel into which he retreated. McKenzie said Baghdadi also killed two small children with him in the tunnel. Officials believe that they were both "under 12". Originally, officials said three children had been killed with Baghdadi.

McKenzie also said Baghdadi may have fired on oncoming US forces before he blew up his suicide vest.

"We believe that Baghdadi has actually shot out of his hole in his last moments," said McKenzie.

McKenzie said he could not confirm President Trump's description of Baghdadi as he fled the tunnel "whimpering and crying."

McKenzie said the Defense Intelligence Agency could not identify Baghdadi " beyond doubt ". The use of DNA samples from the tunnel and comparison with samples taken during the imprisonment of the ISIS leader in the Iraqi prison in Bucca in 2004, "revealed a degree of certainty that the remains of Bagdadi 1 in 104 septillion belong, "McKenzie said.

According to official sources, Baghdadi's remains were buried at sea within 24 hours of his death.

Further details were also known about the Belgian Malinois dog, who had been injured in the raid. He is a four-year veteran of the Special Operations Command and has participated in nearly 50 combat missions.

The dog was injured by live electrical cables in the tunnel after Baghdadi blew himself up, Pentagon officials said. He is back in service.

According to a tweet by President Trump the dog named Conan will "leave the Middle East for the White House next week!"

Thank you Daily Wire. Very nice rest, but the "live" version of Conan will leave the Middle East for the White House next week! https://t.co/Z1UfhxsSpT[19459014lightboxes-DonaldJTrump(@realDonaldTrump) October 31, 2019