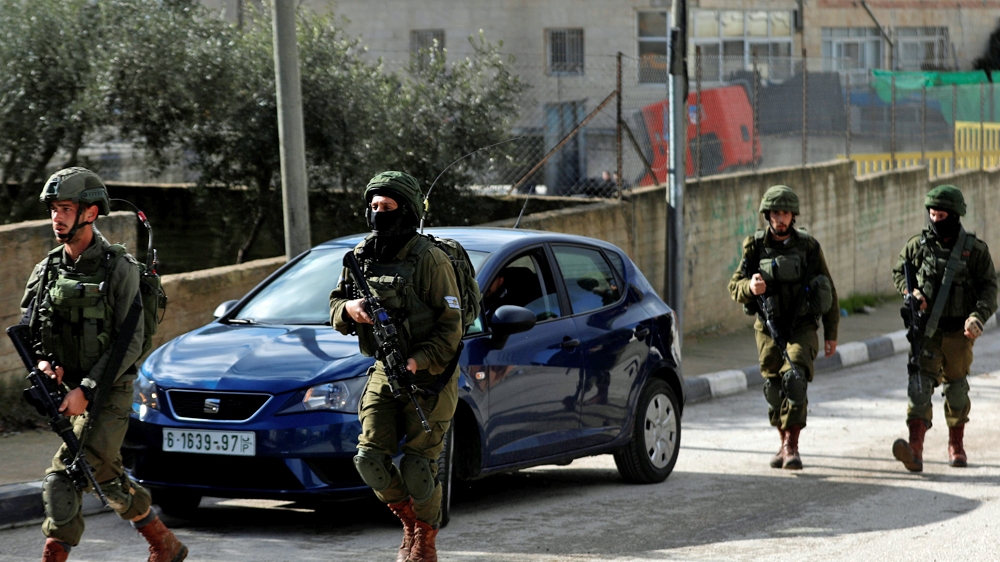 A Hamas official in the Occupied West Bank says that Israeli forces arrested dozens of Hamas supporters, including lawmakers, during night raids.

Palestinian media also reported Friday that dozens of Palestinians, including two lawmakers, had been arrested during the West Bank's night raids.

The Israeli military said it arrested 40 people and reportedly 37 of them were linked to Hamas.

The arrests occurred when four Palestinians were killed in separate operations by Israeli forces in the past 24 years. The Israeli army declared the city of Ramallah a closed military zone while conducting and leaving around the streets.

The closure was announced after a shooting attack near the illegal Israeli settlement Ofra east of Israel. Ramallah Two Israeli soldiers were killed by an unknown Palestinian.

After yesterday's shooting that killed 2 IDF soldiers and injured others, IDF and other security forces arrested 40 alleged acts of terrorism. Thirty-seven of them are well-known Hamas activists.
The IDF will continue to thwart terror and maintain security. pic.twitter.com/3nQdzyV1I7

The Hamas representative said that around 70 members had been arrested this week , The official spoke on condition of anonymity for fear of being arrested by Israel.

The Hamas movement, which governs the besieged Gaza Strip, welcomed the shooting on Thursday and said in a statement that "resistance" in the West Bank was still alive. 19659004] "The flame of resistance in the West Bank will persist until the Israeli occupation is defeated by our entire country and we regain our full rights," said Hamas.

Settlements are considered a violation of international law.

He also pledged to accelerate the demolition of Palestinian attackers' homes, to reinforce the detention of Hamas members in Israeli prisons and to strengthen Israeli forces in the region.

A total of 56 Palestinians throughout the West Bank and Occupied East Jerusalem The Israeli army was also arrested early Thursday morning.

The Israeli army is carrying out extensive arrest campaigns across the West Bank under the pretext of seeking "wanted" Palestinians.

According to Palestinians, there are still 6,000 Palestinians in Israeli detention centers, including many women and hundreds of minors.