Breaking News
Home / Business / As Terni, Thyssenkrupp is looking for partners or threatens to sell 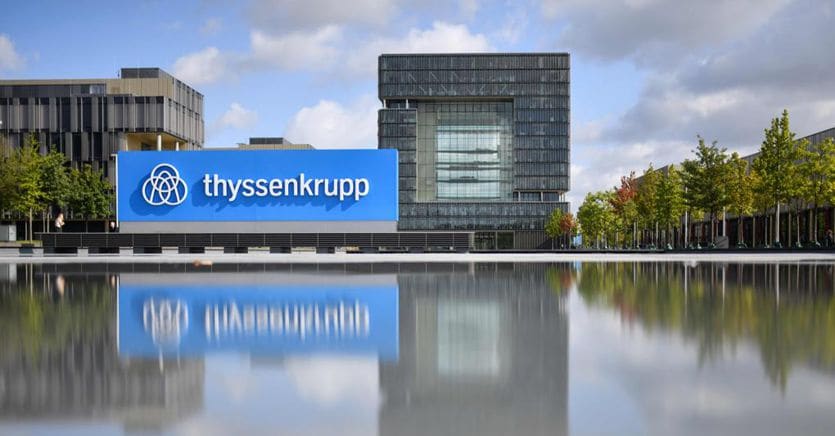 The company states that “it is testing possible consolidation solutions for steel and is open to all options.” The Mayor of the Umbrian City: The prospects of the industrial site are endangered. Unions: serious danger also for the occupation

The company states that “it is testing possible consolidation solutions for steel and is open to all options.”; The Mayor of the Umbrian City: The prospects of the industrial site are endangered. Unions: serious danger also for the occupation

Structural excess capacity: The Thyssenkrupp Group adds, as explained in a note on its website, to look for a partner or to sell the Ast of Terni. For this reason, the company explains that it is “testing possible consolidation solutions for steel and is open to all options”. The need for consolidation in the steel sector “has become even more necessary in view of the coronavirus emergency,” emphasizes the German group. The merger between the Indian Tata and the steel sector of Thyssenkrupp due to a veto by the EU Commission failed last year. In order to ensure the competitiveness of the metallurgical sector, Thyssenkrupp recently adopted the “Plan for Steel 20-30″, which provides for the loss of 3,000 jobs, an optimization of the production network and additional investments for 800 million euros for the next six years ” the group in the note The German industrial group is also looking for a partner or a sale for the maritime business division Thyssenkrupp in order to expand the business area “Materials Services and Industrial Components”.

The CEO of Ast: We will evaluate all options that guarantee growth and development

«For Ast we currently have only one certainty: All options that can guarantee growth and development for a company like ours, which has proven to be competitive in the market in recent years and can constantly improve a year later, are being evaluated Year »: The CEO of the Terni steelworks, Massimiliano Burelli, wrote in a letter to all employees after the announcement by the parent company.

Terni metalworkers area secretaries believe that starting the process for a sale or partnership for AST “in a historic economic phase and due to the Covid 19 pandemic could seriously jeopardize the entire industrial site, with all of its production and production, employment levels» This was explained by Fim, Fiom, Uilm, Fismic, Ugl and Usb and announced to take “all possible measures to secure the industrial and employment future” of the site.

The Mayor of Terni: The prospects for the industrial site are at risk

“Today’s decisions by Thyssenkrupp based on the news the company has posted in Viale Brin are very worrying as they once again question the prospects of Terni, an industrial location that will actually be launched on the market with no effective guarantee of the future,” said the mayor by Terni, Leonardo Latini. “The decisions made in Germany actually go in a different direction than the long road that followed the 2014 agreement and then the 2019-20 industrial plan.” «An agreement from 2019 – according to Latini – that we have repeatedly monitored thanks to the availability of the local management of the company and the social partners and which, as we recall, provided for investments of around 60 million euros and the maintenance of the level of employment and Above all, it confirmed the strategic character of the Terni location in the ThyssenKrupp business. The AST was also defined by the deputy chief of staff, Giorgio Sorial, as the location “which guarantees strategic production for Italy”.

Latini believes that it is necessary that the new phase opened by Thyssenkrupp with today’s decisions is managed with the greatest attention and decision at the highest national and European level, with the strategic character of the Terni location, its very long history, the potential of the territory and our economic fabric, the professionalism of the direct workers and related industries “.” For our part – concludes the Mayor of Terni – we have always been and are working hard to protect the production site and the interests of our city. “

Bonus 500 euros: Products previously excluded can be purchased. Hurry up, it expires on August 31st

when it matters what it is and how it works