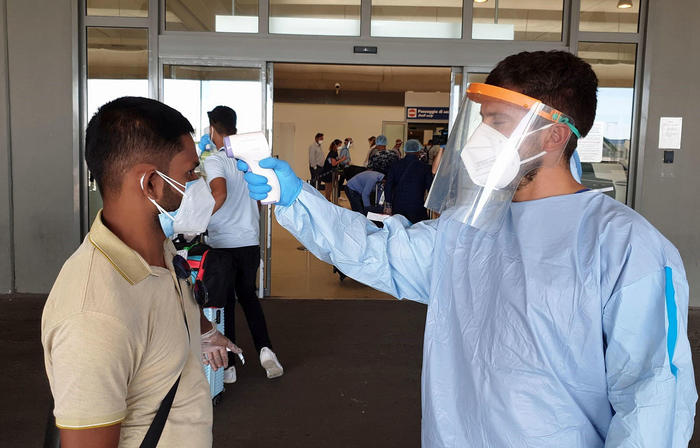 “Entry ban for people from countries at risk”. A regulation signed by Health Minister Roberto Speranza, After consulting the Minister of Foreign Affairs, the Interior and Transport. Entry and transit bans in Italy for those who have stayed or crossed in 13 countries in the previous fourteen days: Armenia, Bahrain, Bangladesh, Brazil, Bosnia and Herzegovina, Chile, Kuwait, Northern Macedonia, Moldova, Oman, Panama, Peru, Republic Dominican. “The pandemic is in its most acute phase in the world. We cannot destroy the victims that the Italians have made in these months,” says Speranza. In order to ensure an adequate level of health protection, direct and indirect flights to and from the countries specified in the regulation are also suspended. The choice, emphasizes Speranza, was that of “maximum prudence”

Count, we cannot allow infected foreigners – “In Italy we have prepared a surveillance plan for the highly developed contagion” between the different regions. “We cannot allow positive and unsupervised people to come from abroad, which is why we have imposed a number of restrictions on countries outside the EU. For example, in recent days, Bangladeshi citizens have arrived for whom we consider ourselves positive have proven more than 70%. Their exit had no control and we were forced to suspend flights from Bangladesh. “Prime Minister Giuseppe Conte said in an interview with the program” Al rojo vivo “on the Spanish channel” La sexta “.

The number of Covid patients in the intensive care unit drops to 69, two fewer than yesterday. Almost half (30) are in Lombardy; followed by Lazio (13), Piedmont and Emilia Romagna (10). 871 (-18) hospitalized with symptoms, 12,519 people in domestic isolation, a decrease compared to yesterday.

In the meantime, yesterday, the last patient received the negative swab and so on The intensive care unit of the Papa Giovanni XXIII hospital in Bergamo is free of Covids. “It was the goal we had from the beginning of this terrible uphill race. We dreamed of it and worked on it for a long time,” said Luca Lorini, who is the director of this department and can now say that. “We did it.” “And a great result – he explains – but it doesn’t just have to make us celebrate. Yesterday I asked my team to take a minute of silence to remember the patients who didn’t make it and how difficult that time was. Then we went to give you a big round of applause because we deserve it. “Lorini explained:” Despite all the controversy that continues to arise over the management of this tsunami, it was with the little information that we had “Difficult to get much better. In the first phase – he continues – the number of deaths and injuries seemed incredible and it made us doubt our abilities.” For the future: “I tell everyone, if we have shown ourselves well with the little information and the small material that we had, we must not be unprepared next time: we have to prepare a future that no scientist can predict, but we have to be ready. ” another return of the Covid “.

Disability in fibromyalgia: is this possible?