Coronavirus, Italy “surrounded” by infections: France, Spain and the case of the Balkans 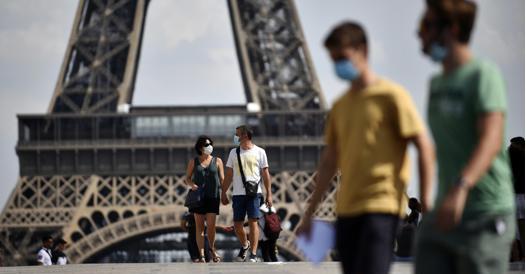 It is time for mistrust in Europe. Countries that consider themselves healthier or at least a little more virtuous, such as Norway, Finland, Greece, Portugal and, for the time being, Italy, They fear imports from countries where the coronavirus is still very lively. Not just Spain and France. The thermometer also rises north towards Belgium and Luxembourg. and especially in the east on the other side of the Adriatic afterwards The virus reached Italy from Croatiaand infiltrated a group of thirty Venetian boys. And after two 1

8-year-olds from Padua, who celebrated their graduation on the island of Pag in the name of carefree. Result: All in quarantine and open hunting by the local health units for those who were in the immediate vicinity of the group.

Positive imported from across the border

In Friuli Venezia Giulia, at least five positive out of the last seven diagnosed are positive “Importers” from across the border. In short, the fear of new autochthonous outbreaks is supplemented by the fear of traveling “kindergartens”. Croatia, with fewer than six thousand infected since the epidemic started and a still tentative death toll of 157, is not among the most fearful areas. Active cases seemed to have been in decline since the end of July, but last Saturday the graph showed a modest +16 for the first time in ten days. Crossing national borders, especially for tourism, requires continuous updating to get rid of self-certification, test reports, quarantines or sudden vetoes.

The rising curve in the Balkans

The routes to and from the Balkans, where the virus spread curve rises sharply almost everywhere, are obstacle courses. In Italy, the doors for non-EU citizens are still closed, at least virtually from Kosovo and Serbia (where the number of infected people per hundred thousand inhabitants in the last two weeks was 65.9) and from Montenegro (163). With a few exceptions also closed with Bosnia (130), North Macedonia (88) and Moldova. Currently not closed for those arriving from Bulgaria (43) and Romania (93.9). provided that he is isolated in trust and monitored for health immediately after entering or entering Italy.

The uprising of the Belgians armed with umbrellas

In northern Italy, in Luxembourg, the youngest infected are relatively low in absolute terms (924) too many in relation to the population: 150 per hundred thousand people. In Belgium there are almost 7,000 (58.4) in the last 14 days: Here the deaths have already been almost ten thousand since the beginning of the epidemic. In front a mortality rate among the highest in Europethe Belgian authorities have instructed the police to enforce the distancing also in the open air; and two days ago on the beach at Blankenberge, not far from Bruges, Dozens of swimmers turned against the agents and waved umbrellas. The beach was closed to day tourists yesterday on behalf of Mayor Daphné Dumery.

The camp to promote herd immunity

Some public order problems have also occurred in France, in the Cevennes National Park (Lozère), where On Saturday evening, a rave party with over 10,000 young people occupied the pastures and alerted the farmersDespite the ban on gatherings and demonstrations of more than 5,000 people, 4,000 loaded cars arrived in just a few hours. The Guardia Civil had to evict around sixty people in Tenerife camped precisely to encourage the spread of Covid-19, perhaps believing to pacify herd immunity. Specially constituted police units check compliance with the regulations in night clubs in some Spanish locations such as Saragossa (Aragon) or Fuengirola (Andalusia).