Coronavirus Lazio, swabs to those who return. Zingaretti: “Test across Italy” 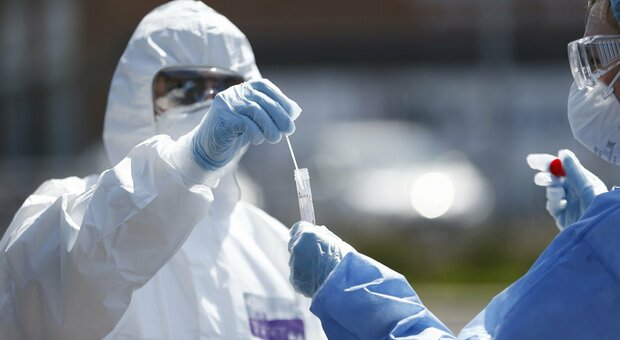 buffer or quarantine for those returning from vacation to the most vulnerable countries Corona virus. Given the long wave of returns after Aug. 15, given the hundreds of cases of young (and not) positive returns, a defense plan is under review.
“In the Lazio compulsory test for anyone returning from an endangered country. But let̵

7;s do it all over Italy. We must get back to life, but do not let ourselves be distracted or let our guard disappoint ». The message the governor posted on Facebook Nicola Zingaretti, has a value that goes beyond the borders of Lazio: the Secretary of the Democratic Party, the majority party, also speaks on the day of the increase in new positive cases of children returning from other European countries from vacations, which are also made up of excesses and nightlife especially in Croatia and Greece. The line is also that of the Regional Councilor for Health, Alessio D’Amato, who has spent several times so that there is a filtering for those entering or returning to Italy.

ALSO READ Coronavirus, human tests for the vaccine begin at Spallanzani in Rome

THE PREVIOUS
It had already happened when Bangladeshi immigrants returned from a country with a high spread of the virus and were often positive. The swabs were performed twice at Fiumicino Airport. It happened to Romanians, Bulgarians and Ukrainians: They come back from countries where the infection is running, many of them work in Rome as carers, therefore in contact with fragile people, first at the train stations where long-distance buses arrive, then with surprise checks at motorway tollbooths, tests were carried out. Well, the formula that Lazio wants to use for vacationers is similar to that for buses from Eastern Europe. First, the serological test is carried out, which allows a very quick reaction, but a cross-check is also carried out with a new rapid smear, already tested by Spallanzani, which guarantees the result in twenty minutes. Now it will be a question of deciding whether to set up the organization machine at the airports where the boys (and of course not the boys) who have vacationed in Europe are returning. There are knots to be untied: Which countries do we consider at risk? If we were to rely on the trend of infections, a special surveillance would be Spain and France, but in reality, apart from the case of the 35-year-old who returned from Ibiza, from these nations in Lazio, but also from the rest of Italy , the people who returned with the country There were few viruses. Cases from Croatia and Greece are more common, nations not always reached by air.

Countermeasures
What about the government? He’s been watching for days, but the countermeasure the Ministry of Health says needs to be taken shouldn’t be testing, but quarantine. Warning, it is a working hypothesis, there is no decision. Great caution is required in this regard, because in any case France, Spain, Greece, the same Malta, from which eight positives arrived in Rome yesterday, are Schengen countries, while Croatia is in the European Union. Imposing quarantine on those returning from any of these countries, as, for example, the UK has done with Spain, would be a decision that cannot be taken lightly.

THE LINE
For this reason, the line of health minister Roberto Speranza, who is in constant contact with his colleagues in neighboring countries, should constantly monitor the infection curve. It should not be forgotten that such a measure, for example with Spain, with whose government there is affinity and cooperation, would have diplomatic implications. Not only that: The overnight decision on mandatory quarantine would cause problems for thousands of Italians across Europe, and when they return they will have to work, but also economic damage, for example to travel agencies and companies. Air. For this reason, the quarantine is so far only a hypothesis. According to D’Amato, the house insulation system does not work. There is no structure that can monitor thousands of people who have been asked not to leave their homes.

THE PAYMENT
In Spain, where attention these days is focused on King Emeritus Juan Carlos I’s decision to leave the country, the last number of new positives in one day was 1,895. The newspaper La Vanguardia noted yesterday that most Schengen countries advise against traveling to Spain (Germany, for example, provides for quarantine or the result of a negative test for those returning from Aragóna, Catalonia and Navarra, similar to Belgium and Austria ). Italy among the countries of the European Union has so far only imposed quarantine on those returning from Romania (over 1,100 new cases yesterday) and Bulgaria. Croatia posted 61 new positive results yesterday, but it should always be remembered that this is a nation with fewer inhabitants than Lazio alone.