Breaking News
Home / Italy / Differentiated Autonomy, Giuseppe Conte: But it is done without a school

Differentiated Autonomy, Giuseppe Conte: But it is done without a school 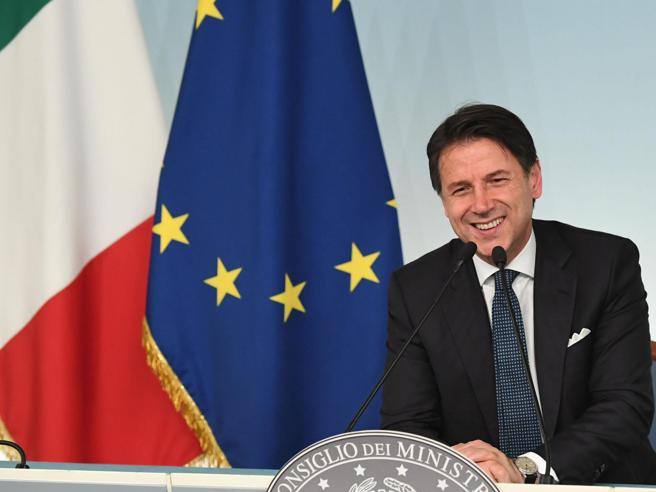 Autonomy is made but without education: Prime Minister Giuseppe Conte announces it at the end of the Council of Ministers during the usual press conference to illustrate the measures. Actually, the autonomy has not passed – "The design is carried out with the guarantees that I have always demanded, there will also be meetings next week" – but the first important post was set and it is the one at the school: "Non we may think that differentiated autonomy means the fragmentation of this model – explains Conte – Probably the governors concerned will not have everything they ask for, but there is a negotiation between the state and the regions. "This is how the M5S line always goes The fear of thousands of teachers and unions, who feared Italy was divided by divergent salaries into two parts, seems to have been averted, and if it remains a political node, announces the prime minister, it is the cultural heritage, but the "climate remains calm and profitable", ve he assures, "and that is always the case when we sit at a table with the disposition to work."

But the governors do not think the "repeated shift" is good. "I'm stunned," commented the President of the Veneto Region, the Northern League Luca Zaia : "I thought the Prime Minister was so authoritarian to end the game, but I still do not understand whether the authority the purpose of this is to conclude or extend the approval of the agreement on differentiated autonomy indefinitely ". "We Venetians – adds Zaia – have their pockets full of this whole story". Even the President of Lombardy, Attilio Fontana was dissatisfied with the summit: «We lost a year in the chat. We are waiting for the final text, but if these are the premises, for my part there will be no willingness to sign the agreement. "It is said that Fontana is bitter and finds the behavior of the government" disrespectful to the Lombard and Venetian citizens, who have spoken directly with a referendum of their will, of Emilia, who have made their request through their president, and of all other Italians who, especially in the south, demand change and good policies, not waste and robbery ». But rumors of dissatisfaction are also coming from the south for a number of reasons: "The adoption of the principle of historical spending would express the dramatic gap between northern and southern Italy: Southern Italy – recalls the Governor of Campania Vincenzo De Luca – Receives 4100 less per capita euros per year than public funds, except for customers and waste, behind these maneuvers stands the decline and slow death of the South. "

Salvini criticizes Trenta and Toninelli? «I defend everything»

Does the mosaic of tensions between Lega and M5S get another piece? Thus, despite Conte's efforts, "As long as I sit in Palazzo Chigi, the government will have all the power to respect all institutional obligations, including the maneuver," says the President of the Council, "after the break." None of the ministers ever introduced me to the possibility of a reshuffle, a reorganization of the government team. "In fact, Conte is" content "with his ministers," they all work well "and" if anyone has any comments, he comes to me and represents me, "he assures, citing the public doubt that is too clear Salvini has commented to the ministers Trenta and Toninelli: "The NOs and the daily work and reform blocks of the 5S are unacceptable," said Deputy Prime Minister Toninelli yesterday (with hundreds of solid construction sites) blocking the Gronda di Genova, which has thousands of cars and removing trucks from the Genoese roads, and today Trenta proposes to disembark other ships of the Navy to attract new departures and shops for the smugglers. "A" total blockade of proposals, "according to Salvini," damages Italy. "

But Conte seems insensitive to criticism: he defends the ministers "against all", even though he is open to "any confrontation". He often hears the head of state: "It's not news, it's institutional talks, he's always seen Lorenzo Guerini, the President of Copasir, for office, and in the next few days he'll see all the social partners He said that the controversy overburdens the daily work, "I'm not alive, my attitude to the government is very clear, we're here to do a specific mandate and a very comprehensive reform project, which will take some time but in months, a year, it will be completed. "And that is why he will not go on vacation, Conte said, but at most a few weekends:" to catch his breath. "

“A 60-second ride in the elevator was enough,” 71 infections – Libero Quotidiano

Provincial rankings, the impact of a rejection of a proposed job. Useful info

Counterfeit auto insurance, 10 arrests and 30,000 scams sold on the Internet