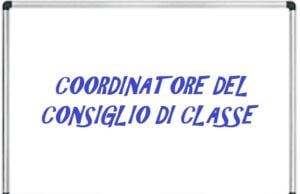 Class coordination as well as that of the departments or laboratories are additional paid activities at the FIS and not mandatory. The teacher who does not want to perform these additional tasks can rightly refuse.

This requires the coordination of the teacher

In a teaching committee of a comprehensive institute in Calabria, the headmaster communicates the class coordination entrusted to them to the teachers. A teacher chooses to decline the task assigned to her without comparison or approval.

The DS argues that the contract has already been awarded and cannot be refused if there are serious and objective reasons. The DS continues college and requests the teacher to submit a written request for retirement with the relative reasons for failing to perform the task assigned. To dissuade the teacher from submitting this request to waive the position of coordinator, he adds that he will report to the provincial school office of any teachers who will justify the rejection of the position.

Coordiantore, President and Secretary of the Protocol

A teacher is not required to act as the coordinator of the class council, is however obliged to assume the role of chairman and secretary of minutes of the board of directors.

The protocol secretary of the class council is an institutionally prescribed person (Art. 5 c. 5 of Legislative Decree 297/1994) and essential for the validity of the CoC meetings. It is determined by the school principal from time to time at individual meetings or, as is the case in many schools, the task can be assigned to a single teacher for the entire school year. The teacher cannot refuse to do the protocol task unless there are objective reasons.

It is a “mandatory” number as the minutes of the meeting are an indispensable activity as they document and describe the process by which the will of the council was formed. The role of secretary must be played by a teacher who is part of the class council identified by the headmaster.

Unless there are justified exceptions, the identified teacher is not entitled to abstain from the function of the protocol secretary of the class council. The class council secretary role is an educational function that may not be paid. In some schools, the Institute Contracting provides a donation of a few euros for those who perform this role.

The headmaster usually chairs the class council. In his absence The role of president goes to a teacher who is a member and is delegated by the headmaster. The chairing professor, in the absence of the manager, cannot be the same teacher named as secretary of the protocol. The report must actually be signed by both to be valid. In the absence of the manager, the role of president is usually delegated to the class coordinator.

The class coordinator, on the other hand, has no legal or legislative responsibilities. The class council coordinator is a very useful person, and his coordination tasks are determined by the college in the Ptof. Therefore, the coordinator has different tasks from school to school, precisely because they are not provided for in the regulations and are therefore related to the specific tasks’ institute in which this function is to be carried out. The coordinator is a delegate of the school principal for certain tasks assigned to him. The payment of the role of the coordinator, who performs didactic and organizational coordination functions, is determined after negotiation by the institute. The class coordinator role is not compulsory and can be refused by the teacher who does not wish to play it.

No reasons to forego coordination

The teacher is not required to justify his rejection of the role of coordinator. He does not have to justify himself to the DS in order to forego this additional function. The school principal cannot report the names of those who refuse to assume the role of coordinator to the provincial school office. It would be very serious if the DS really said something like that.

Protests for the DPCM against closings, clashes in the Piazza del Popolo in Rome