Editorial | The missed opportunities of Italy in Europe 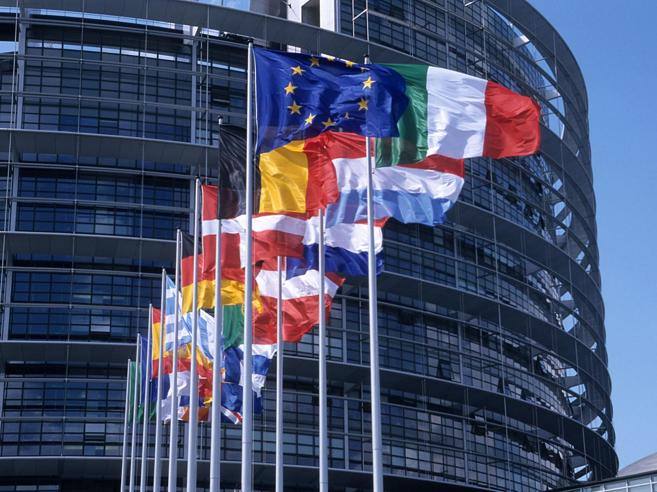 C How will the infringement procedure terminate because of an excessive deficit, the procedure initiated by the European Commission against Italy ? At the moment we know that all Eurozone countries have shared the Commission's analysis and have asked Italy to take the necessary measures to put it right. The Italian Government will shortly be presenting elements intended to prove the unfounded nature of a possible procedure. However, if this were to be opened, there would appear to be diverging positions in the government: from contesting the legality of the case, to the political refusal to comply with the claims, until their adoption in order to avoid more harm in the event of market turmoil. .

It is certainly important to imagine how this matter will end, what economic and financial consequences it will have, such as its impact on the difficult relations between our country and Europe, and on domestic policy . But it is even more important to analyze ̵

1; and this can be done even better today, before the bowls restart in the next few days – as Italy is the first country to land in this nasty corner. Exit from the previous deficit procedure to which it was subjected in 2009 , in the spring of 2013, along with many others.

Today's battle was not wanted by Europe, which in fact had set many preventive signals and nothing martial . It was wanted by the Italian government. It is sometimes possible to fight in Europe, but it is important to make a good choice. This fight, even if it ends well, ie without the formal opening of the trial, will not have been a profitable struggle.

There would have been two sacrosanct battles in the interests of Italy and Europe, even if you do not like the fact that Berlin should have fought immediately after her birth a year ago to which she would have called herself Several allies: 1 ) Press with other governments on the Commission under existing rules to fully activate the macroeconomic imbalances procedure for which Germany is primarily responsible. (2) to reasonably propose a greater scope for public investment in the Stability Pact with a view to revising the rules. Instead, we decided strategically and tactically for the wrong fight.

Wrong in the European concert because it was only of Italian interest and was seen badly by many others: that Italy is still given a bit more flexibility to the deficit, indeed to the current deficit. Exactly the desired line – with a cunning and at least at the beginning with a charm that the current government does not know – of the much-contested Matteo Renzi.

It is a struggle, especially in the subject, in the economic content wrong. It was true at the time of Renzi and true today . What good is it that the Italian State is empowered by Europe not to receive any funds from Europe itself, but to increase the deficit to finance debts not already public investment, engines of growth, but higher current expenditure (from 80 euros) citizenship income) ? At least for a while, it's beneficial for those who receive the money. It certainly helps – and that explains why a practice is so prevalent in Italy – politicians hoping to get the votes of these citizens. On the other hand, the general public today is being harmed (higher mortgage rates, more expensive business money, higher taxes because the state pays higher interest rates). Above all, the Italians of tomorrow and the day after tomorrow will be damaged, who find an increased public debt on their shoulders. Therefore, it is completely misleading that those who rule will present the result as victory for Italy if they receive more flexibility from Brussels. This was the case at the time of Renzi, which was reflected in the very modest growth benefits of 30 billion euros in flexibility for Italy. and it will be true on the day that Europe finally apologized to Italy for infringement proceedings in order to live a quiet life, but in fact cause the damage to our country.

It is a wrong fight, even in times . First, in the times of history. In fact, as Federico Fubini explained yesterday with Corriere a war against austerity declared today in Europe resembles a war against a spirit – which undoubtedly existed and committed grave errors, especially the Harming people Greece, on which this troika has plunged, to which Italy did not want to submit – not a war against an evil that has afflicted Europe today.

Second, a collision that was wrong in the times of tactics. Proceeding against anyone – from the Commission to all Eurozone countries – who also find hostility from states outside the eurozone, which our government considers their own allies – only in the weeks they play games for Organizing European appointments With an impact on the next five years, it offers other countries an easy way to silence the ambitions of the Italian government on this table, with the promise that they will not upset Italy when deciding on the infringement procedure.

In anticipation of the fateful decision of Europe – and if the dreaded process does not materialize, a question mark should be inserted after Dov'la Vittoria to tune Mameli's hymn – should reflect on the series of errors that have arisen caused our country to rely on the mercy of others, after several benefits of strength that seemingly did not impress anyone. Except, of course, millions of obedient and unsuspecting voters who are finally proud to be Italian because they are told that Italy has long raised its head, shown its fists and that it is being enforced for the first time. in Europe and in the world.

Coronavirus latest news. Record of cases in South Korea and France. In Spain near discos, bars and smoke on the street