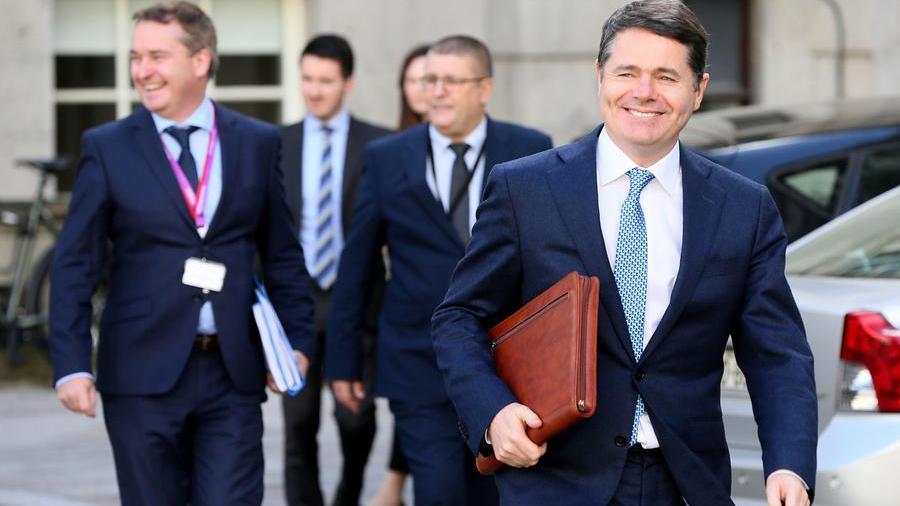 Compact support from the southern front, including Italy, was not enough. Not even that of France and Germany: Spaniard Nadia Calviño, a big favorite for the presidency of the Eurogroup, was defeated by Pascal Donohe of Ireland. It will be the EPP representative who will replace the Portuguese Mario Centeno. Calviño had the support of the major economies in the euro area, but in this type of vote “one is worth it”.

The first defeated is surely Pedro Sanchez, head of the Spanish government. But it is not the only one. The Mediterranean governments are losing, they have to give up a key chair at the top of a table where the north-south balance is very important. European socialists lose for the same reason. He loses the Franco-German axis, which (although without too much enthusiasm) had bet on the Spaniards. The European Commission is also losing something as Calviño is a respected EU official (until two years ago she was head of the powerful Directorate-General for Budget). And it misses the opportunity to have a woman as head of the Eurozone Finance Ministers Club for the first time.

The result of the vote, which reached the second round after the withdrawal of Luxembourg̵

7;s Pierre Gramegna, is instead a victory for the blockade of the frugal countries that the Donohe race supported with the aim of wresting the Eurogroup from the Mediterranean.

A signal that will certainly give them further strength on the eve of the European Council through the restructuring fund, but also in view of future discussions in which the Eurogroup will be more directly involved. Finally, the blockade of the “generous” taxing countries is welcomed as Ireland is a member of the club in every respect. Dublin has always spoken out against the Web Tax.

Donohe, 45, is a longtime politician with multiple government experiences. As a representative of the “Fine Gael”, he was Minister for EU Affairs, Transport and Reforms and has headed the Ministry of Finance for three years. He is the fourth president of the Eurogroup after Jean-Claude Juncker, Jeroen Dijsselbloem and Centeno. His candidacy was supported by the EPP, although the Greek government had marched to support Calviño. «I am deeply honored for this choice – his first comment -. I look forward to working with all my colleagues in the Eurogroup to ensure a fair and inclusive recovery and to face future challenges with determination ».

It will be up to him to lead the Eurogroup in the midst of the most violent crisis in the history of the Euro. Among the current dossiers, the debate on reactivating the Stability Pact and, above all, its reform will take place in the coming months, an extremely controversial topic. Ireland is certainly not a country defending austerity measures, but it has overcome the violent economic crisis by reducing its national debt to an impressive rate (which has halved from 2013 to today and has risen from 120% to just over 60%) ). This is due to robust economic growth driven by reforms, but also to controversial cheap tax treatment for large companies.

The situCurrent economic measures were the focus of yesterday’s Eurogroup summit. The Italian Roberto Gualtieri underlined the need to continue the expansion policy for a long time and reaffirmed the Italian position on the Stability Pact: the clause that abolishes it does not have to be reactivated when GDP returns to growth, but only when the economy the euro zone will reach the pre-crisis level.

Explosion in Beirut, more than 100 dead. Concern about airborne toxins

“He dies in a rehabilitation center without support after spinal surgery”: open investigation

Medjugorje, Our Lady: “May 5th celebrate my birth”