Match fixing scandal in Spain: Immobile and the Frosinone get involved! | Primapagina 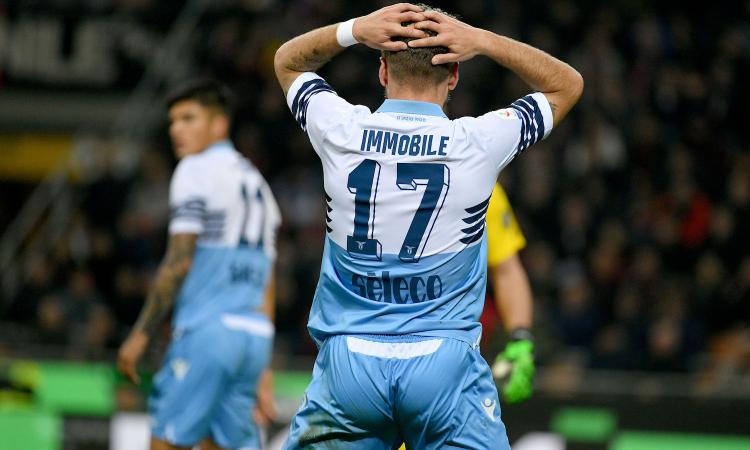 The last Spanish judicial investigation into match-fixing (Operation Oikos) revealed an Italian branch . To bring it back, there are the websites of the newspapers El País and Marca which reported in two updates that afternoon about attempts to repair a game in Frosinone. The striker from Lazio, Ciro Immobile, is also questioned very indirectly and not for reasons of match-fixing . The definition of this plan would include two topics: former Spanish footballer Carlos Aranda, who is one of the main suspects in the investigation, and a certain Mattia Mariotti, who comes from El País, is said to be a Roman inhabitant of Malaga. These are defined by the articles as mediators between the organization and the world of football. In particular, Mariotti would claim to be in contact with a third person, who in turn would be able to refer to a figure within the Frosinone and to "three or four responsible players". And in these terms, we get the impression of a very complex, not inconvenient pattern of corruption. However, the Spanish investigators are following the trail of investigation that would result from environmental monitoring collected on 2 April . Aranda and Mariotti travel to an unspecified airport, from which the Italian has to take a plane to Rome. The microphone in Aranda's car begins a passage in which Mariotti asks the former football player what he should ask the referees of Frosinone about the result on the ground: result or goal? Discussions also include a previous trip with a briefcase full of cash (90,000 euros) and the relative tension that Mariotti had at the time of check checks at Rome airport.

In another passage of the police report we read about the relationship between Mariotti and the manager of an illegal betting agency . Which would be the one who has contact with the topic within the Frosinone. There would be a big debt to play in the bet between the manager of the agency and the contact person in the Ciociaria company. The report also reports the news that there would also be Ciro Immobile among the agency's users .

This is what comes out in Spain during these hours . What the boundary between truth and bragging is, we will know with the development of the investigation.

RONALDO TURNS THE ANGER INTO THE GOAL