Breaking News
Home / Italy / Sea Watch confiscated by the Guardia di Finanza: The 47 migrants on board can disembark

Sea Watch confiscated by the Guardia di Finanza: The 47 migrants on board can disembark 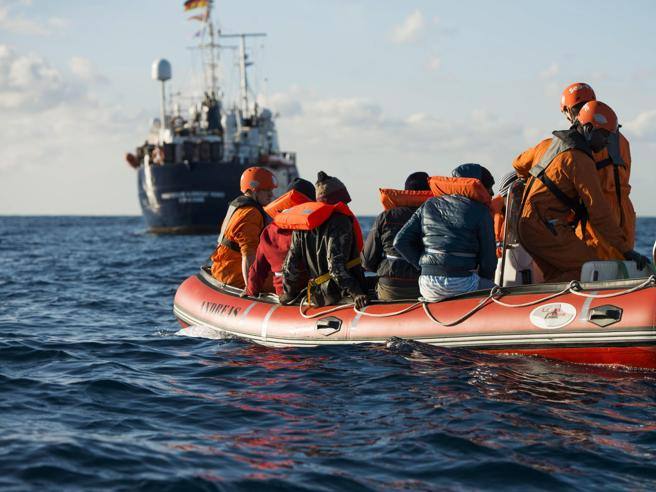 The Sea Watch affair is lifted: it will not dock in Lampedusa, but the Guardia di Finanza will board to seize the ship and send the 47 migrants aboard the patrol boats. The Italian authorities had authorized the transfer and landing of 18 people on the ground, the children with their families and a woman who had been burned, but the Ministry of the Interior had not yet authorized the landing of other people. The soldiers boarded the boat late Sunday afternoon and will report the crew to the judicial authority. For the Home Office, the sea is watching over an outlawed ship: the judiciary does what it believes, but the ministry continues and will continue to deny the landing. The Sea Watch, a German NGO ship, rescued the 65 migrants on May 1

5, 30 miles off the Libyan coast. In recent hours, the ship has remained in international waters on the edge of Italian waters.

And controversy between the Italian Government and the UN after the High Commissioner's letter on the Security Decree to: Violates the rights of migrants. According to the letter addressed to Foreign Minister Enzo Moavero Milanesi and also forwarded to the Ministry of the Interior, the Directive can protect the rights of migrants, including asylum seekers and victims – or potential – of arbitrary detention, torture, trafficking and other serious human rights violations.

The Home Office did not underestimate the letter of the United Nations High Commissioner for Human Rights especially given the competence and authority of the United Nations in matter. Some UN member states, such as Turkey and North Korea, have demonstrated their authority, "sources in the Ministry of Interior said in reference to the UN Security Decree, which reaffirms" hope "that the provision be approved by the Council of Ministers on Monday. "Then:" The authoritative United Nations dedicates its forces to the humanitarian emergency in Venezuela, instead of advertising in Italy. "The DL security was" necessary, urgent and technically not exceptional ".

Several Protestant churches had offered their willingness to welcome foreigners. They'll be sleeping on the ground with the castaways tonight if I can not get off the boat in the evening. No provocation, but an act of solidarity, said the ship's commander Arturo Centore.