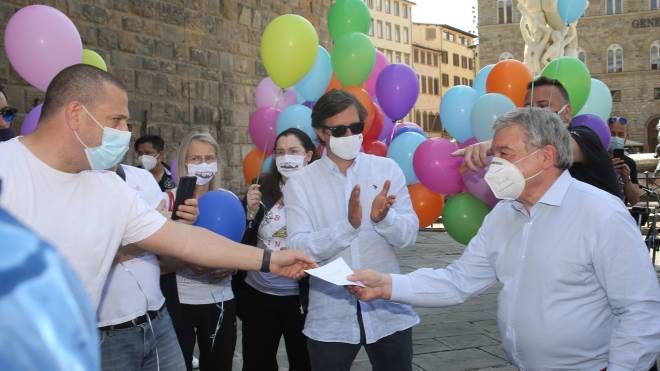 Florence, May 18, 2020 – It is the day of Restart. Also in Tuscany Today most companies will try to restore the appearance of normalcy. A race against time (and indeed there are those who have decided to wait for reopening, even for guidelines that are sometimes considered too difficult or even impossible). In fact, the region’s ordinance only arrived yesterday after the government’s decisions were formalized during the night between Saturday and Sunday: the president of the Tuscany region, Enrico Rossi, he adjusted, although he would have preferred greater caution and not all at once. At the moment only gyms, swimming pools and sports centers (until May 25th) as well as cinemas and theaters (June 1 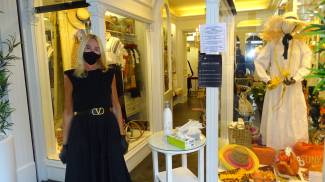 Versilia, at work in the bathing facilities. Race against time to open again

One of the new things that are welcomed by the seaside resorts in Versilia is the possibility to open the swimming pools. Read the article

Florence starts again, dealer: “It’s a bit like the first day of school”

Long queues in the suburbs, but the center struggles to start over. Here are the stories of small business owners. Read the article

Lorenzo Marchetti, spokesman for Cna Balneatori Toscana, announced that even the Tuscan bathing establishments are reopening due to the recent government measures. Read the article

Rossi: “The reopening? It would have been better to start it gradually earlier.”

The President of Tuscany speaks on “Centocittà” on Radio 1

Santa Maria a Monte (Pisa), at midnight the first customer from the hairdresser

Florence, the mayor of Nardella, starts again from the hairdresser

Florence restarts: lots of traffic, the center is “repopulated”

Florence is even more alive with the start of the new Phase 2, more sustainable transport is returning to the city, but without special queues, and with the reopening of shops and activities, the historic center is still “orphaned”. the presence of tourists. There have been more stands in the open air markets in the past few days, not just food stalls, and with them more customers. The hairdressers, who register customers early in the morning, and the craft activities also reopen.

Rossi signs the regulation: Here is the final calendar

President Enrico Rossi signed Regulation 57, which defines the reopening calendar and the rules to be followed. Here is the article

The Restaurateurs Tuscany Group: “Reopening, a leap into the dark”

Many will not reopen on May 18. “Little time available to examine government demands and their application” Read the article

New decree signed by Mattarella. It is in the Official Journal

The reopening decree signed today by the President of the Republic Sergio Mattarella, was published in the Official Journal and is therefore in force. The government will shortly explain the implementation of dpcm to the regions, which will be able to prepare regional regulations regulating the reopening regionally by region starting Monday, May 18. After the video conference meeting with the regions, Prime Minister Giuseppe Conte will hold a press conference.

What is changing for Tuscany?

Different aspects of daily life change for Tuscany. From hair stylist You can walk, but it is required that the operator maintain a distance of one meter between one customer and the other and definitely must wear the mask and optionally a protective visor in front of his face. in the Bathing establishments Each umbrella must have an area of ​​at least ten square meters, while the sun loungers must be one and a half meters apart. In the restaurantsThe minimum distance between guests is one meter, while a protective glass must be attached to the checkout or the restaurateur must in any case wear a mask. Many different rules, also for summer centers for children and beauty centers where saunas are prohibited. READ THE MAP

Read the PDF document with all the news

Below you will find the brochure in PDF format with all the rules for each category. This is the regional document that has been approved by the government. Document that can be changed slightly once it is translated into an actual decree

New landings in Lampedusa: 200 migrants. In the evening the quarantine ship “Azzurra” arrives

Fontana, I will keep my mandate – last hour