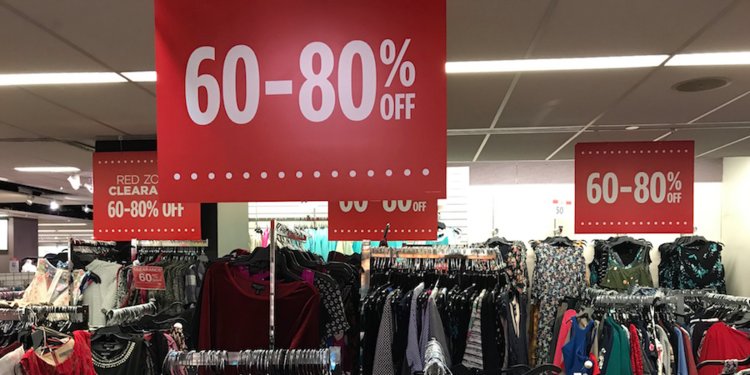 JCPenney has a new CEO. On Tuesday afternoon, JCPenney announced that Jill Soltau, former CEO of Joann Stores, will take over the position on October 15.

The battling department store has been out of control since May, when its former CEO, Marvin Ellison, resigned to operate home improvement Lowe's. Since then, JCPenney has been led by a team of four executives while the board was looking for a replacement. In September, the retailer suffered a second blow after CFO Jeffrey Davis quit his business.

While Ellison described the company as the leader after a major turnaround attempt, after its predecessor, Ron Johnson, drowned the deal in debt, analysts say Ellison left the ship at a crucial time.

"The departure of Marvin Ellison from JCPenney could not have come at a worse time for the beleaguered department store chain." The Ellison-implemented turnaround program has been partially delivered but is far from complete, "said Neil Saunders of GlobalData Retail said in a note to customers at the time of his resignation.

In an interview with The Wall Street Journal in July, JCPenney Chairman Ronald Tysoe said the Board's priority was recruiting a CEO with apparel experience [onTuesdayPaulJBrownJCPenneyBoardDirectorandChairmanoftheCompany'sSearchCommitteepraisedSoltauforit

"Jill has had an incredibly strong list of candidates right from the start, and when we were looking for the right person to run this iconic company, we wanted someone with a rich clothing and merchandising experience and found Jill ideal." Brown said in a statement.

JCPenney was also criticized for losing his way in the retail landscape and alienating his core client, the middle-aged mother, by trying to offer everything to all.

In a statement, Soltau pointed out that this core customer is probably at the top of their strategy.

"JCPenney is a typical American brand with a strong and loyal customer base, and I could not be more proud to run such an iconic retailer," she said in JCPneyy's press release. "I have a great passion for the customer and have focused my entire career on the needs of a value-driven customer by exploring, understanding and fulfilling their expectations in terms of style, quality and inspiration."