Jeremy Hunt orders a review of the plight of persecuted Christians 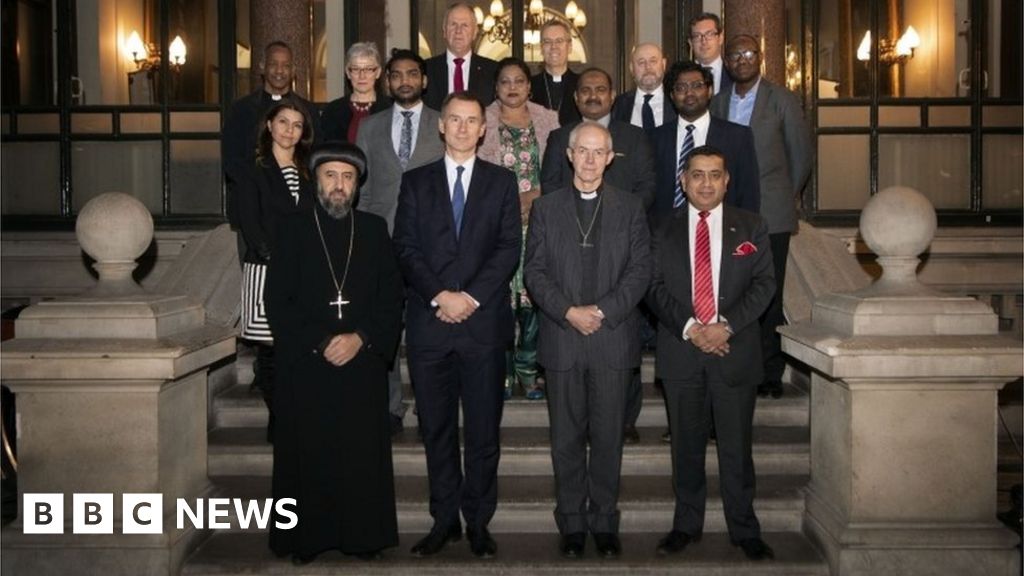 Secretary of State Jeremy Hunt gave an overview of the plight of persecuted Christians around the world and how much help they receive from the United Kingdom.

The review led by the Bishop of Truro will investigate government efforts to help According to the Foreign Ministry, some of the 21

5 million Christians were subjected to discrimination and violence last year.

According to the authorities, violence against Christians is increasing dramatically, killing an average of 250 people every month.

" Britain has long campaigned for international freedom of religion, "he said.

The Foreign Office said the review would "consider some difficult issues and offer ambitious policy recommendations."

The Bishop of Truro – Rt Reverend Philip Mounstephen – is expected to report until Easter. [19659014] May was questioned about Asia Bibi Asylum case

Asia Bibi's husband pleaded for asylum from Britain, the US or Canada

The intervention followed an outcry over the treatment of Asia Bibi, a Christian woman who faced death threats following the release of blasphemy in Pakistan.

Ms. Bibi spent eight years on death row until her sentence was overturned by Pakistan's Supreme Court this year.

Large crowds took to the streets to protest the court's decision when their husband sought asylum from Britain, the US or Canada and said the family was in danger.

British Prime Minister Theresa May defended in Parliament after being asked if she had intervened to stop the British government granting asylum.

Ms. May told Conservative MP Zac Goldsmith that he "should not necessarily believe everything he reads in the papers," adding, "the absolute main concern." was the "safety" of Asia Bibi and her family.