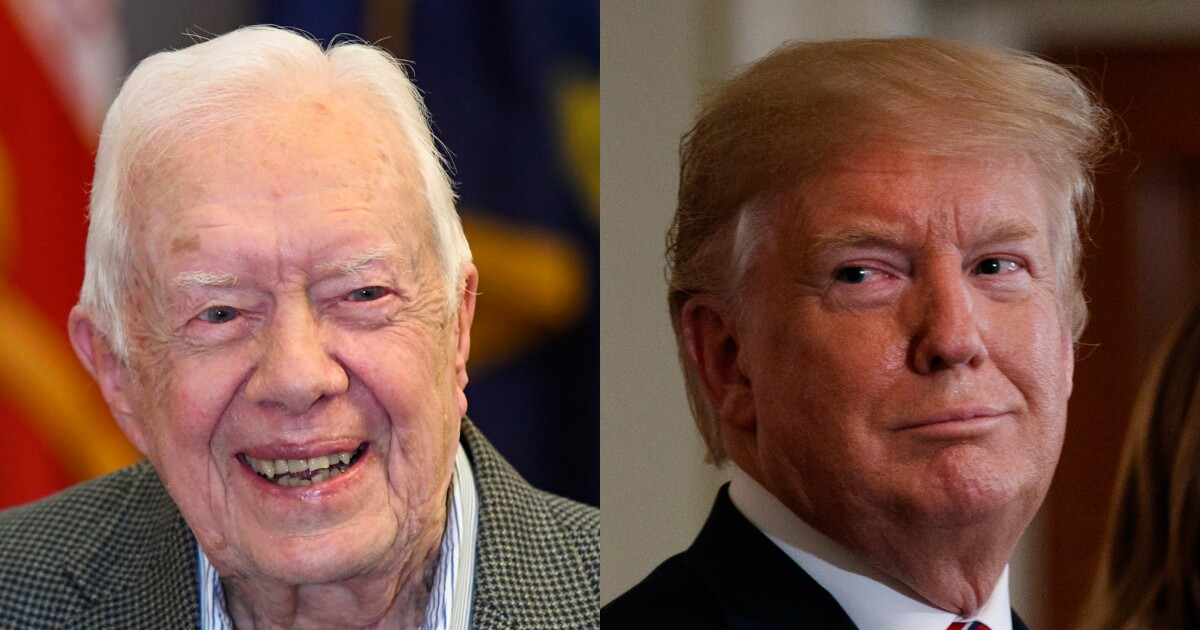 F Former President Jimmy Carter offered support for President Trump's decision not to attack Iran after he shot down an American drone.

Carter, 94, praised Trump on Sunday in front of some 500 spectators in his home church, the Maranatha Baptist Church in Plains, Georgia. Carter's term as president was marked by the hostage crisis in Iran.

"I agree with President Trump's decision not to take any military action against Iran," he said. "I had many problems with Iran when I was in office."

The comments came two days after Trump dropped retaliatory strikes against Iran over the launch of a US drone. Trump said that the reason he chose to stop the military action was that the estimated 1

50 deaths were not proportional to the loss of an unmanned drone.

Carter, a marine veteran, is known to be cautious and told Church members on Sunday he does not consider the recent wars justified.

"We're supposed to be a, Christian, nation, right? But we are known around the world as the most bellicose country in the world. And I would say that almost all the wars we were involved in were unnecessary, "he said.

The Sunday class was the first since Carter fell and broke his hip, which required surgery. The church has a community of about 30 people, and on Sundays people from all over the world come to listen when Carter teaches.

Here in Plains for Sunday School with President Carter. The first person in line arrived here at 8 pm last night and camped. Arrive after 2:30? There are several overflow rooms. #gapol pic.twitter.com/sq592vN75g