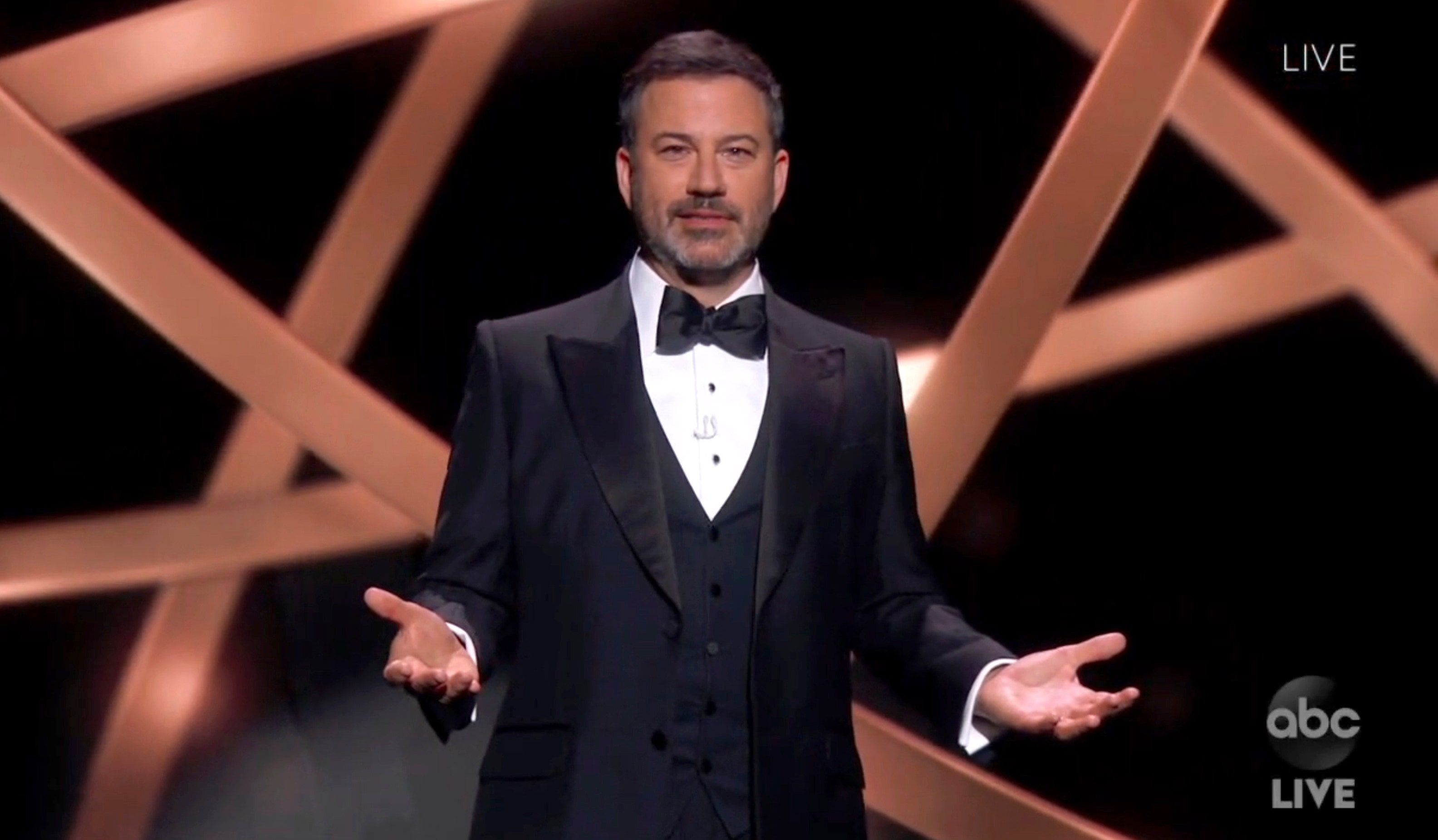 Hosting the prizes for the third time, Kimmel used his opening monologue to note that there was no audience at Emmys this year due to health and safety measures amid the coronavirus pandemic.

“This is not a MAGA rally, this is the Emmys. Instead of the live audience, we took a page out of baseball and cut out the nominees from cardboard,” said Kimmel.

Kimmel hosted a similarly politically charged Oscar in 2018 that set an all-time low for the Oscars broadcast.

The late night star, who hosted the Emmy Awards live at the Staples Center without the crowd, also mocked President Trump when “Schitt’s Creek” won big.

“Schitt’s Creek” is located in the small town of the same name, Ontario, Canada. After a brief return to the show after a commercial break, Kimmel joked, “Trump is going to build this wall on the northern border! Has the president tweeted us yet?”

Kimmel also received a backlash online after making a joke about reporting John Oliver, another late-night host from the UK, to Immigration and Customs Enforcement (ICE).

Earlier this year, Kimmel came under fire for wearing black faced during his tenure as host of “The Man Show” in the early 2000s, particularly when posing as former NBA star Karl Malone. The host of “Jimmy Kimmel Live” insisted that he had “evolved” since his days on Comedy Central.