John Feal, First Responder of September 11, says Congress continues to let us down 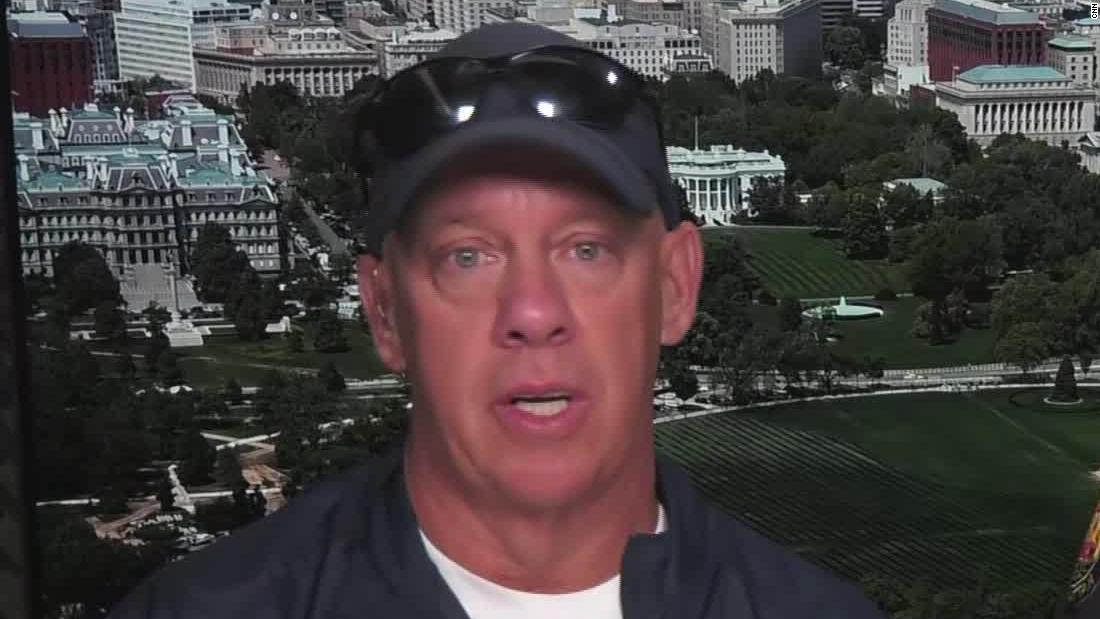 "He painted a landscape to let America know that over 95,000 people in the World Trade Center's health program, who are being treated in our great nation, by our federal government, by Congress, a dysfunctional group of work that continues in Forget about oblivion, "one of the first responders, John Feal, said on CNN's" New Day "with John Berman.

Feal said before the hearing began on Tuesday, he approached Stewart and pointed out what he said for the moment in which he said the comedian and longtime attorney for the responders clearly articulated our interest to some in the room Pain and suffering. "

" I said, "Can you see that, he falls asleep," Feal said. "I said," You see, he's on his phone. "I said, it's disrespectful for those who have cancer, that we sit here and do not take it seriously enough." [1

9659002] Feal described Stewart as a "dear friend" with whom he has worked a lot. and that his whispered observation of Stewart about the hearing, along with the handing over of a signed jacket to Stewart, brought Stewart to the right emotional place for his passionate speech.

"I know how Jon is ticking," Feal said. "I know what the 9/11 community means to this man and I knew he would be an emotional wreck when he reached the boys with the jacket."

In the interview, Feal praised the House of Representatives Justice, Jerry Nadler, a New York Democrat, and said that the GOP leadership and Senate had been obstacles to earlier approval bans.

Later on Wednesday, the House Judiciary Committee approved a bill approving the Victims Compensation Fund on September 11 through 2090. The current law was renewed in 2015 and is scheduled to expire in 2020. At the time of its last renewal, Congress provided $ 4.6 billion to the fund, surpassing the total approved amount of the fund over the years to $ 7.4 billion.

"All helpers and survivors, whether they fell ill in 2015 or become ill in 2025 or 2035, should be appropriately compensated," said Nadler. "Congress must act to make this possible."

The bill must be approved by the plenary and then go to the Senate. Senate Democratic chairman Chuck Schumer said Wednesday that "it has been a shameful battle for Congress" to provide first-aid health care for people with respiratory problems and cancer. "We're done with that," he said, calling on Senate Majority Leader Mitch McConnell to put the bill on the table as soon as the house passed it.

At a press conference on Tuesday, McConnell said, "We have always been compassionate about it in the past, and I expect it to happen again."

The fund manager announced in February that not enough funds were available to settle all claims. The fund has seen a significant increase in claims over the past two years – over 24,000 claims in 2017, 2018 and January 2019. This is more claims than in the first five years of the fund combined – when only 19,000 claims were filed. [19659008] The new bill does not provide for any specific funds, but all amounts required until 2090.
Feal noted that the destruction following the 9/11 attacks has resulted in serious health effects on first aiders and recovery workers, including lung dysfunction and cancer, with thousands of deaths and injuries.

Brian McGuire, another first responder on September 11, told CNN that what he heard at the hearing was "heartbreaking" and recently said that several 11 helpers and rescue workers had died.

"We fight for those who can not be here to express their own help for their cause because they are too ill and die," said McGuire.

Stewart said at the hearing that those who are not present at the hearing should be "ashamed", and he told CNN Suzanne Malveaux, after Congress' help indefinitely for the lives of these men and women and not for five years ".

"We've been through this all too often so as not to be skeptical," Stewart said. "If it happens, we'll believe it, but trust me, it's not going to be a party, it'll just be a sigh."

This story was updated on Wednesday with additional developments. [19659020]

Ashley Killough, Caroline Kelly and Alex Rogers of CNN contributed to this report.