Breaking News
Home / US / Jon Stewart responds to Mitch McConnell over 9/11 victim fund: 'Meet with them'

Jon Stewart responds to Mitch McConnell over 9/11 victim fund: 'Meet with them' 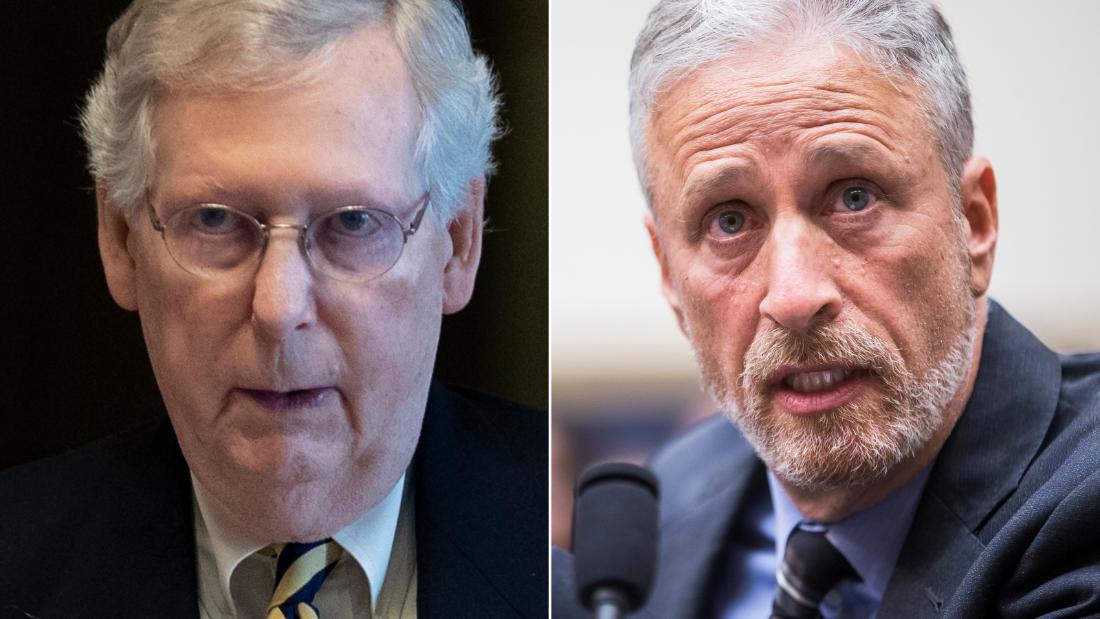 McConnell told Fox News that he did not know why Stewart was "all bent out of shape" When it comes to the reauthorization of the September 11 Victim Compensation Fund,

The current law was renewed in 2015 and is set to expire In 2020, the fund's administrator announced in February that there was not enough funding to pay all claims. At the time of its last renewal, Congress appropriated $ 4.6 billion for the fund, bringing the total appropriated amount of the fund to $ 7.4 billion. 2090.

"I'm bent out of shape for you," Stewart said Monday. "These are the first heroes and victims of the great trillions of dollars was on terror."

Stewart said these first responders are still suffering and dying, and that "you would think that would be enough

In a clip that "The Late Show" broadcast during Stewart's segment, McConnell told Fox News that "congressional member absence during committee hearings" is a lot of things going on at the same time. " 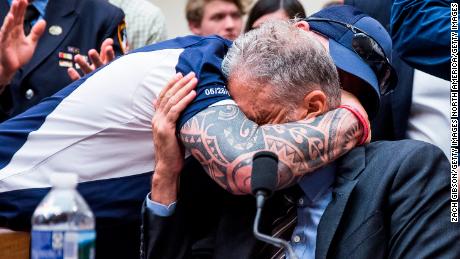 Speaking directly to McConnell, Stewart said that the senator loves members of the 9th / 11 community when they're in need of urgent need you slow walk, you dither, you use it as a political pawn to get other things you want and you do not get the job done completely.

"If you want to know why the 9/11 community is' out of shape '' over these past, let's call it 18 years, meet with them, tomorrow, as soon as possible, and do not make them beg for it, "Stewart said. Stewart took one last parting shot at the Senate Majority Leader.

"If you're busy, I'll get it." "he said. "Just understand the next time we have been, or you're being robbed, or your house is on fire, and you make that call for help, you can not get it out of shape with fewer people than you thought were going to pay attention and do not actually put it out. "

David Popp – a spokesman for McConnell – Referred back to statements the senator made on Fox News that Congress would "take care of the 9/11 victims compensation fund."

"There this problem is appropriately, "McConnell said on Fox. We want in the future. "

– Ted Barrett contributed to this report.