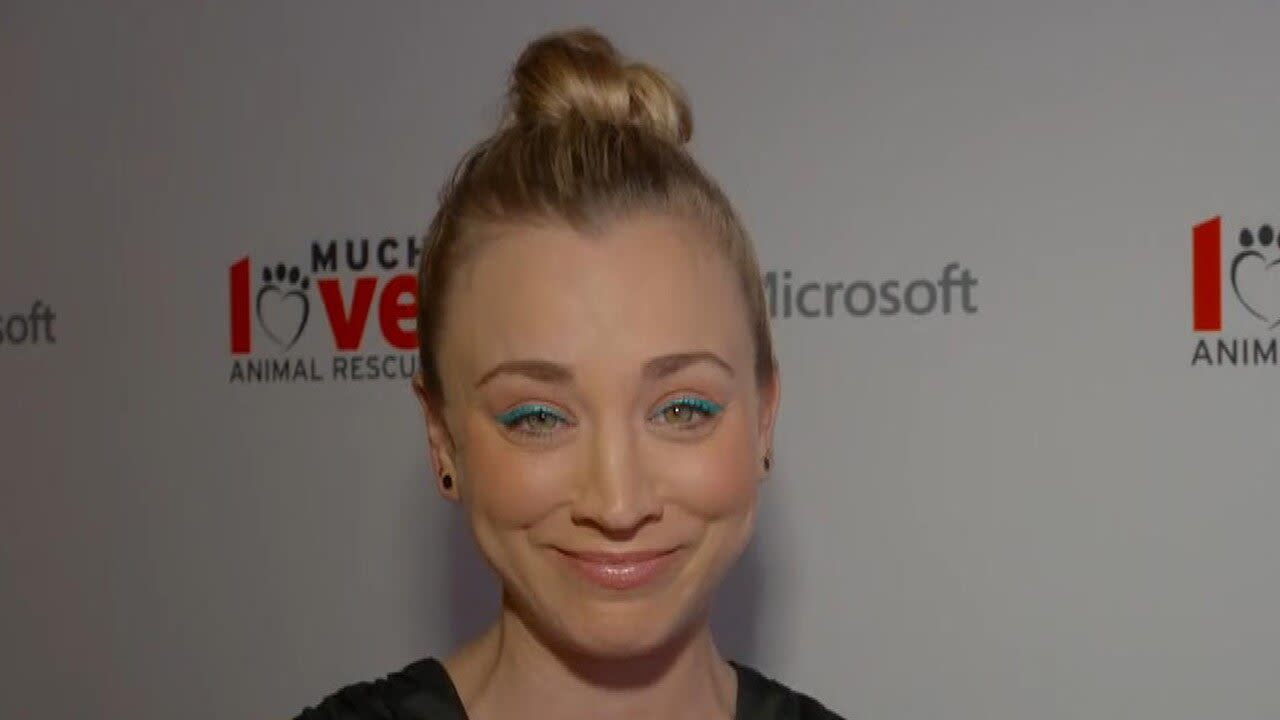 ET's Leanne Aguilera spoke with Cuoco on the carpet at this year's third annual Spoken Woof fundraiser for Much Love Animal Rescue and asked the TV star how she felt and how she enjoyed her first October for thirteen years without consequences to shoot the popular sitcom.

Another reason her new show caught her attention is that she is not just starring this time around. She also created the series and is next to Greg Berlanti Executive Producer.

"I found this book two and a half years ago and wanted to do it, and I loved the material," Cuoco said. Explain why she has decided to work hard to bring the show to life. "I had an instinct."

"I [also] think it's really important to put our own stamp on things, especially as women, and to have our own voice," she added. "And I like being the boss, that's it, that's the end result."

Cuoco explained that she would go to New York in a few weeks to shoot the series and that she would live there until April. It will be a big change for the actress, the biggest challenge is to say goodbye to her beloved puppies.

"I was crying because I know I'm leaving her," Cuoco said. She explained that her husband, Karl Cook, would take care of her animals – including her horses and dogs, but that it would still be hard for her emotionally. "I'll be the one who needs the help! I have to face her every single night."

"My husband and I do not feel fulfilled unless we are surrounded by all animals." Cuoco shared: "We meet each other, but we really like the animals … it's who we are."

This is one of the reasons she is such a proud supporter of Much Love Animal Rescue and her annual Spoken Woof Fundraiser celebration.

"Just me, I'm looking forward to it every year," Cuoco enthused, adding later that she'll probably adopt a new puppy at the end of the evening and take it home.

More information about Cuoco can be found in the video below.

Jeff Bridges says he was diagnosed with lymphoma

Robert Redford’s son James dies at the age of 58