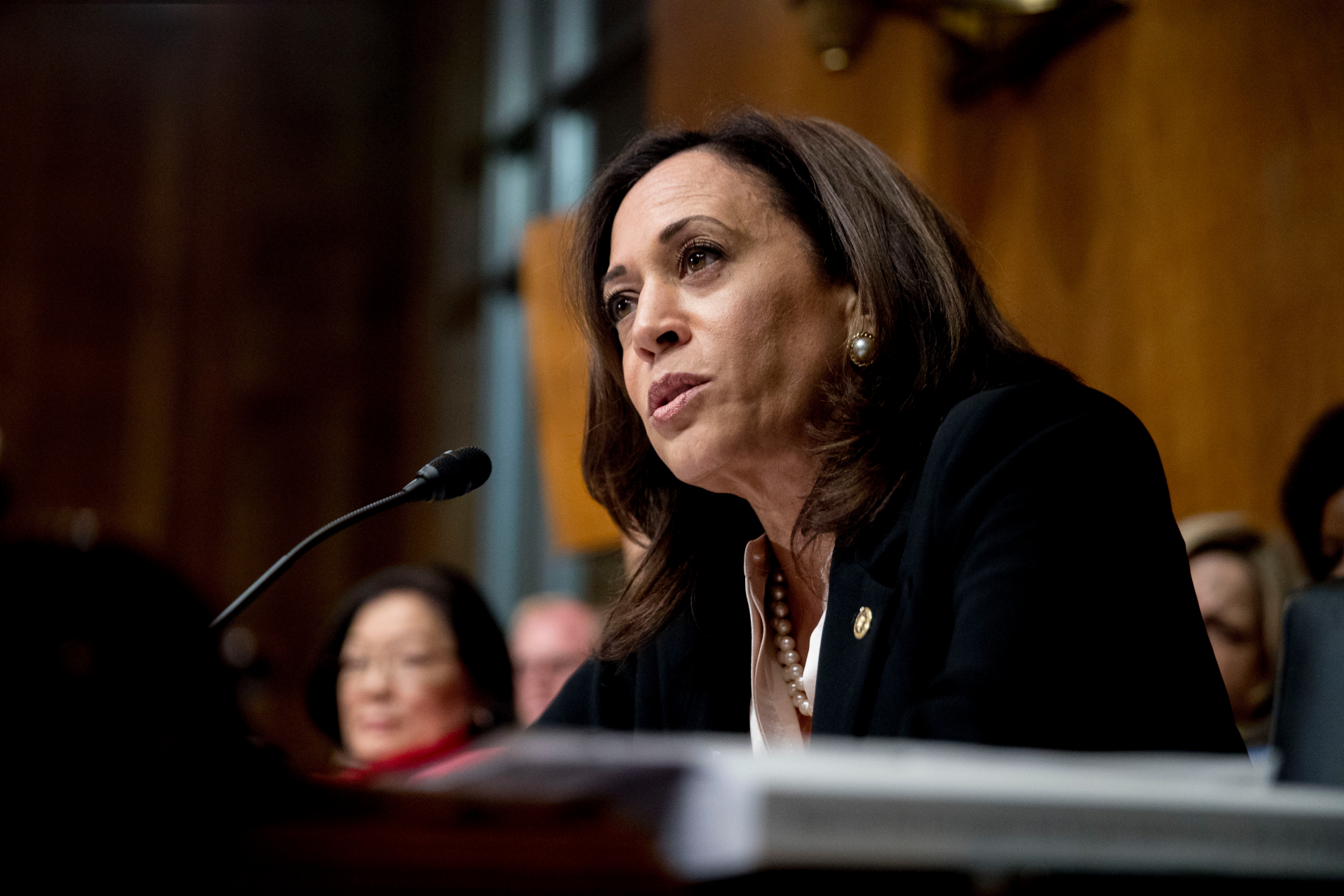 While Senator Kamala Harris appeared on Wednesday in "Late Night with Stephen Colbert," the president's hope for 2020 said that the Senate intelligence committee's investigation into President Trump's "despite what Harris called Trump's threat," America's Infrastructure "not to stop" hostage.

The California Democrat and other members of the Intelligence Committee have been investigating the interference of the Russian elections and Trump's alleged relations with Russia for two years. It is expected that the panel will call several witnesses to testify if it closes the investigation in the coming months.

TRUMP DEMANDS FOR "PHONY INVESTIGATIONS" IN THE FIERY ROSE GARDEN STATEMENT, AFTER RECOGNIZING WITH THE CUT SHORT

Harris pledged that the committee would not stop investigating Trump. She argued that the president's "self-interest" only hurt the American people.

When Colbert asked Harris if she would give in to Trump's demands, she flatly answered "no."

"So he will take America's infrastructure hostage ̵

1; right? – about the subject of the investigation," she continued.

Colbert, representing the Devil, suggested that the Intelligence Committee "stop" the investigation to work with the White House on the nation's infrastructure, but Harris rejected the idea.

"This is a wrong choice," Harris explained. "We can not give up our democracy to appease someone who focuses exclusively on their interests."

Harris argued that Trump's failure to work with Dems on the infrastructure shows that he does not represent most Americans.

"Nearly half of American families are at $ 400 unexpected cost away from a complete upheaval," she said.

On Wednesday before, Trump said he "The president has threatened not to cooperate with his political rivals on a massive infrastructure proposal if the investigation continues.

These circumstances," he said Reporters During a White House Rose Garden Press Conference