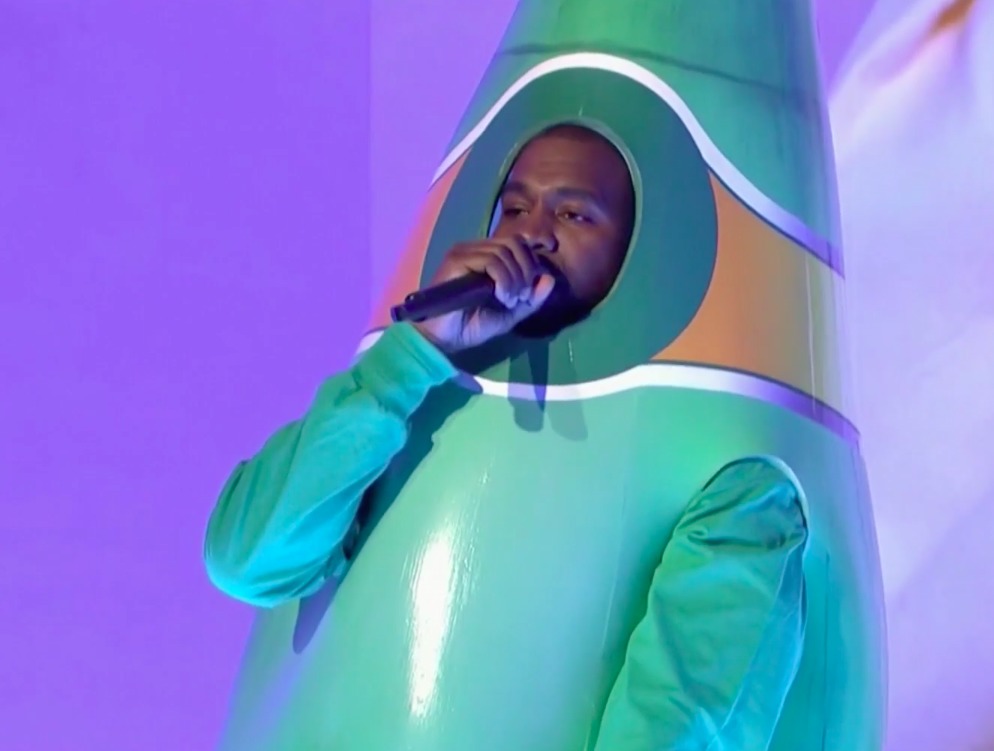 Kanye West debuted the new song "We Got Love" with Teyana Taylor at the season premiere of Saturday Night Live . Lil Pump also joined West for a lukewarm performance of their top ten hit "I Love It," and Kid Cudi and 070 Shake appeared during an episode closing version of "Ghost Town."

The Taylor collaboration opens with the stoic performers standing on the stage. Taylor opened with a stanza about "self-love" and self-improvement as she hopped around the stage and West sang back-up vocals. "Huxtables turned to Obama / It's not about where you were, where you came from, what you got / It's all about love," she tapped over a minimal beat with organ chords.

The duo united in chorus and post-chorus, and West followed a similar thematic atmosphere in his verses. "I play with the Hunniden, love is the new money," he rapped. "This is my frequency, sum up, burn the sage / space, heal the hatred, love is the new wave." The track ended with string samples and Spin reported a voice memo by Lauryn Hill

West's appearance with Taylor was far more serious than his duet with Lil Pump. The rappers looked like children who had to buy Halloween costumes at the last minute: West was dressed as a bottle of Perrier, while Lil Pump was a bottle of Fiji water. (There is a line in "I love it:" "When you ask for the first time, if you want sparklin, or still?") ​​

On Saturday Night Live "I love it" Notable as a rhetorical challenge in particular: the single is full of curses, so many words had to be cleaned or skipped on national television. Pump often let the accompaniment music carry the song while West smiled and danced with enthusiasm.

West performed another song SNL : "Ghost Town." The House band stomped on bass with the support of vocalist and multi-instrumentalist Ty Dolla $ ign through the rock rap track. Kid Cudi Provided Tormented Lines – "I've tried to make you love me / But all I'm trying to do is just get you further away from me" – in a Flutter and 070 Shake went on stage

"Ghost Town" appeared in June on West's Ye album. In the same month Taylor released a new album, K. T. S. E. which produced West. "I Love It", released earlier this month, debuted at number six on the Hot 100.