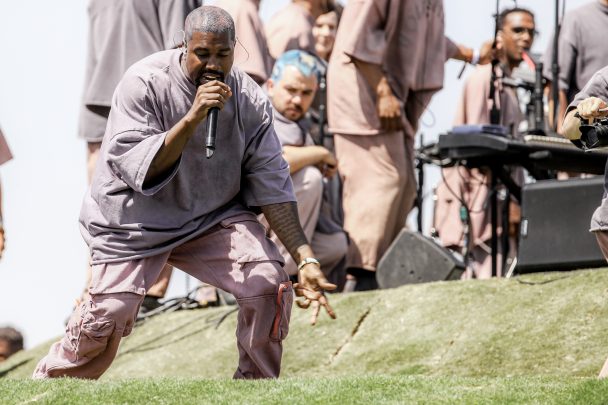 Last September, just three months after releasing his album Ye Kanye West announced another new album named Yandhi . It was originally supposed to fall in late September and then on Black Friday and was then postponed indefinitely. There was not much to report on Yandhi this year, but the recordings from these sessions went through and threatened the entire project.

Now, it looks like Kanye is releasing another album, nearly a year to the day after Yandhi was originally supposed to fall. What Kanye recorded on the news this year are his Sunday worship services, live ad-hoc worship services where he covers classical songs and turns his own hits into gospel music, choir and everything. Coachella was also about selling ultra-expensive Sunday merchandise, giving the whole ordeal an unpleasant religious Huckster sentiment. Last week, he held a Sunday service in Dayton in honor of the victims of recent mass shootings. And now, based on a tweet from Kanye's wife Kim Kardashian today, he seems to want to continue on this topic.

As Hot New Hip Hop points out, Kardashian tweeted what looks like a track list and release date for a new Kanye album titled Jesus Is King written by hand on a manila binder. A release date of 9/27 is listed. Song titles contain a number of religious references, including "Baptized," "Sweet Jesus," "God is" and "Selah," a common phrase from the Psalms that is also used as the name of a very ancient POD. Song. (These guys rapped about Jesus years before "Jesus Walks!") Also on deck is "Water," the new song that Kanye debuted at the Coachella Sunday Service. Check the full tracklist and Kardashian's tweet below.