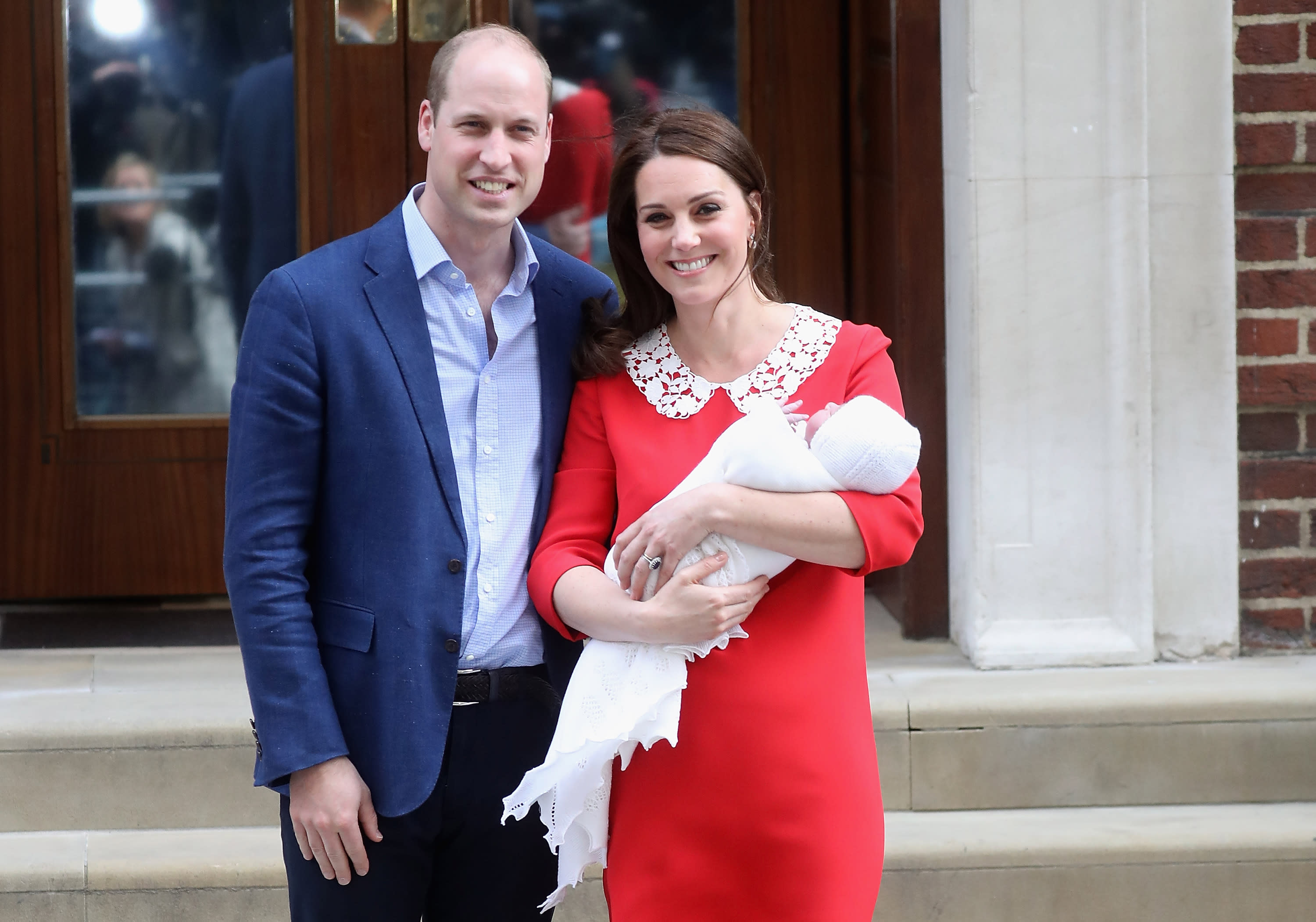 Who did not marvel at Kate Middleton's polished appearance when she came out of the Lindo Wing and clutched her shiny newborn?

With her distinctive bouncy castles, radiant complexion, and a trendy Jenny Packham collar dress, it was hard to believe that the Duchess had only been born hours earlier.

But mothers are shared about the message that sends their flawless appearance.

While many admired their pre-formed postnatal appearance, others are concerned that the pressure for other new moms to continue photorealistic right after birth may continue.

And others wondered how they could react to facing the glare of the world right outside the doors of their birthing suite.

Mamas published comparative images of their own post-delivery images, while a forum thread discussing the issue on the British educational website Mumsnet attracted hundreds of comments

The mother-of-two gave a picture of what she looked like after birth and wrote a blog post on the subject.

"When Kate left the Lindo Wing, at first we all thought" Wow – she looks amazing, HOURS after the birth. "And then she turned to" HOURS "after the birth? Really!" "

Hill She pointed out that she is a big fan of the Royal, but wonders why she should "feel the pressure to be THAT DIRECTED this soon."

Another celebrity who marveled at Middleton's perfect appearance was the new mother and tennis superstar Serena Williams.

"I was very busy, but I saw the baby, and Kate was dressed, and I thought," Oh, maybe she had him a few days ago, "Williams said about the release.

" That's one Mrs! Let me tell you: I was not in heels [after I gave birth]. I thought she might have been born two days ago! Wow. "

While many women shared their own mail delivery pictures, others were worried by them the world had to face so soon after birth, the Duchess was under her own pressure.

"While we all have the pressure to fight back after giving birth, because the media seems to tell us that, the reality is a bit different," she told Yahoo Style UK. "Imagine the pressure on the Duchess of Cambridge to appear before the world's media.

" No woman expects this to be her reality; this is the reality of a woman who has certain responsibilities with the support of a team.

Kennedy cited a thread in the Peanut app called Super Kate, which seemed to sum up the controversy.

All the women who participated in the discussion first saw the funny side (and shared their own realities of so few Hours after birth) and confirmed Kate's reality over the reality of every woman, admiring that she held it together for a photo opportunity (and hoping she would come home quickly to go in her pajamas!).

I'm sure people will shoot me down to say that – but what an unrealistic message is Kate, who brings out new moms and how much pressure she put on, so glamorous (& in heels) after giving birth #unrealistic #royalbaby #poorrolemodel

"I can not imagine having a hairdresser, make-up artist and stylist in my face after birth," she wrote on Instagram next to her own postnatal photo.

"I count myself lucky that I did not do it." I have to think of something other than my little baby. I did not have to worry about how people would judge what I looked like, despite the fact that I had just given birth. I have not commented anywhere on the social media that I still look pregnant.

"I was not expected to look great and then be criticized for making other women unrealistic expectations," she continued. She concluded her contribution by pointing out that all births are different.

"You are not 'real' because you wore jogging pants and [have] blood vessels burst under your eyes," she wrote. "You're no less real because you were not, you just gave birth, you're incredible."