Kentucky Teen filed a $ 250 million lawsuit against the Washington Post 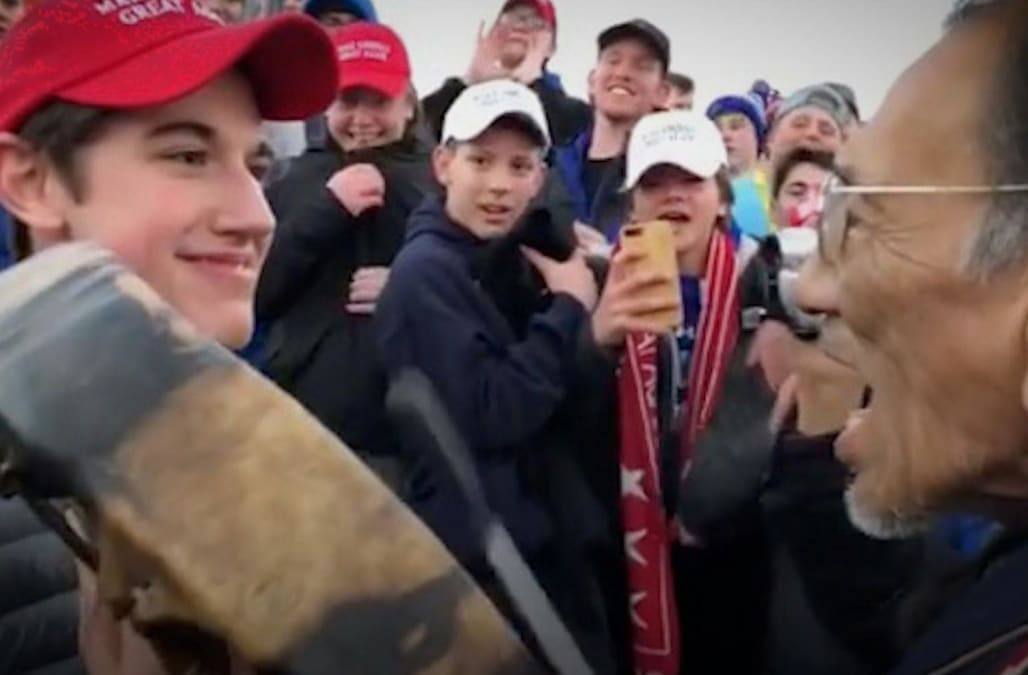 A federal judge on Friday dismissed a $ 250 million lawsuit against the Washington Post from the lawyers of Nick Sandman, the teenager with the MAGA hat, who was jailed in a viral video with American activist Nathan Phillips in January has been.

A Sandman student was part of a group of teenagers filmed around Phillips when he performed an American Indian Movement song on the steps of the Lincoln Memorial earlier this year.

In post-incident interviews, Phillips claimed Sandman and The other students outraged him as he tried to prevent possible violence between the teenagers and a group identified as Hebrew Israelites.

In a story titled "It got ugly," the Native American drummer talks about his encounter with MAGA-wearing teenagers, "Phillips told The Post, saying Sandman got in the way as he searched for a way out.

"It got ugly and I thought," I have to find I am the only way out of this situation and finish my song at the Lincoln Memorial, "Phillips recalled in the story. "I started going that way, and this guy with the hat [Sandmann] got in my way, and we were at a dead end."

The study of the diocese of Covington Catholic revealed that the students' actions were laudable. And for this reason I am not Ca … https://t.co/CaUj0DKMUB[19659011<GuteNachrichtenfürdiekatholischenStudenteninCovingtonSchlechteNachrichtenfürdieCybermob-Schlägerdiehinterihnenherwarenhttps://tco/QbzGvKc6Jt[19659012weiblHatlangegenuggedauertaberichbinfrohdaszuhörenhttps://tco/SXTtiGDT9X[19659013<IchliebeesdassdiekatholischeEntlastungderCovington-StudentennichtfüreineneinzigenSatzzusammenhälthttps://tco/SOYA1vor2K

Sandman later denied Phillips's account, claiming he too was trying to defuse a potentially volatile situation. In February, student lawyers Lin Wood and Todd McMurtry argued in a lawsuit that the post had "wrongly attacked and bullied Sandman," because he was the white, Catholic student who painted a red "Make America Great Again" souvenir Cap was wearing. "

In his ruling of Friday, US District Judge William Bertelsman, however, wrote that the allegations of the lawsuit "are not supported by the language used in the article".

"The court accepts Sandmann's testimony when he stood motionless in the confrontation with Phillips, his intention was to calm the situation and not obstruct or block anyone," Bertelsman wrote.

The judge continued, "Phillips did not see it that way. He came to the conclusion that he was "blocked" and was not allowed to "retire". He passed these conclusions on to the Post. They may have been erroneous, but … they are protected by the First Amendment. "

Many major news agencies, including HuffPost, reported on the virus incident that occurred during the first march of indigenous peoples. Sandman's lawyers filed a separate $ 275 million damages lawsuit against CNN in March for reporting the incident.