Sonko’s adjutant who wants to become a Msambweni MP 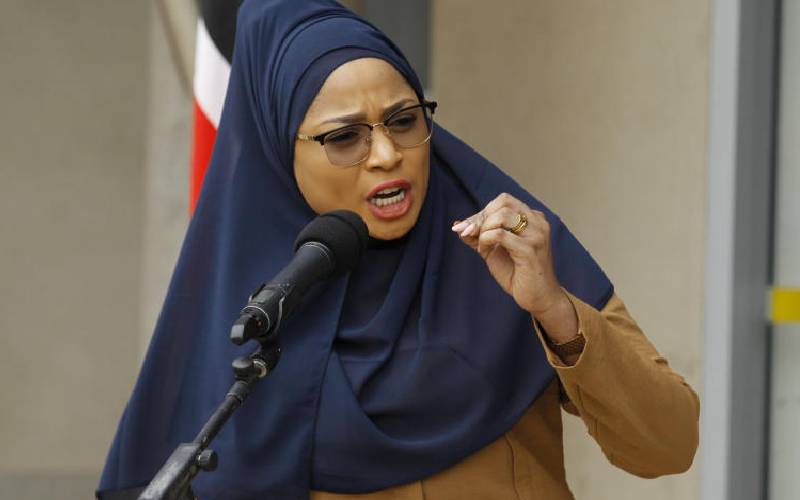 Sharlet Mariam, a 29-year-old woman from Ukunda, Kwale County, is a little-known activist from Msambweni, where she runs a charity.

Sharlet, who previously served as protocol chief in the office of Nairobi Governor Mike Sonko, has now announced her offer for the parliamentary seat in Msambweni, which became vacant after the death of MP Suleiman Dori of ODM on March 9th.

However, the youth activist will face a difficult task to represent the people of Msambweni constituency, given the number of political heavyweights who have already declared their support for preferred candidates.

7;s support, plans to fight for the seat on an ODM ticket, but faces stiff competition from other party members in ODM.

ODM nominated Senator Agnes Zani is said to stand in front of her brother Nicholas Zani, a move that has angered locals since Dr. Zani was nominated to parliament twice by ODM.

Kwale Governor Salim Mvurya has also joined the Msambweni constituency wars after declaring support for his financial CEC Bakari Sebe, who also has his eye on the seat on a ticket for the Jubilee Party – despite being criticized for doing so that he campaigned for the seat early on, despite not stepping down from Kwale County’s chief financial officer.

Sebes critics claim that he used public funds in the early campaigns. Mvurya has reportedly reached out to Vice President William Ruto to help Sebe carry the anniversary party ticket during the by-election.

Another aspirant is former Gombato MCA Omar Boga, who served in the Kwale Congregation for ten years. Boga was defeated twice by the late Dori when trying to become a Msambweni MP. Boga reportedly has the support of former Kwale woman’s representative, Zainab Chidzuga.

Others who have also expressed interest in the seat are Mshenga Ruga, Director of the Coastal Development Agency, Charles Bilali, member of the Estates Agents Registration Board, former Kinondo MCA Juma Moane and Msambweni KNUT Secretary Bashiri Kilalo.

Gombato, Bongwe and Ukunda Wards have the highest number of voters in Msambweni with 17,589 and 21,577 respectively, followed by Kinondo (11,050) and Ramisi Ward (9,760). Indigenous voters make up about 20 percent of the total electorate; which means that the majority of voters are “Watu wa Bara”.

As it stands, Sharlet remains a threat and Kwale’s leaders are trying their best to attract a stronger candidate for the ODM nominations. Mariam is a communications and governance professional with extensive knowledge of organizational skills.

She previously worked for the National Construction Authority as a corporate communication officer.

IEBC has already postponed plans for a by-election in Msambweni due to the coronavirus pandemic.