Key question for Les Moonves of CBS: What did you think? 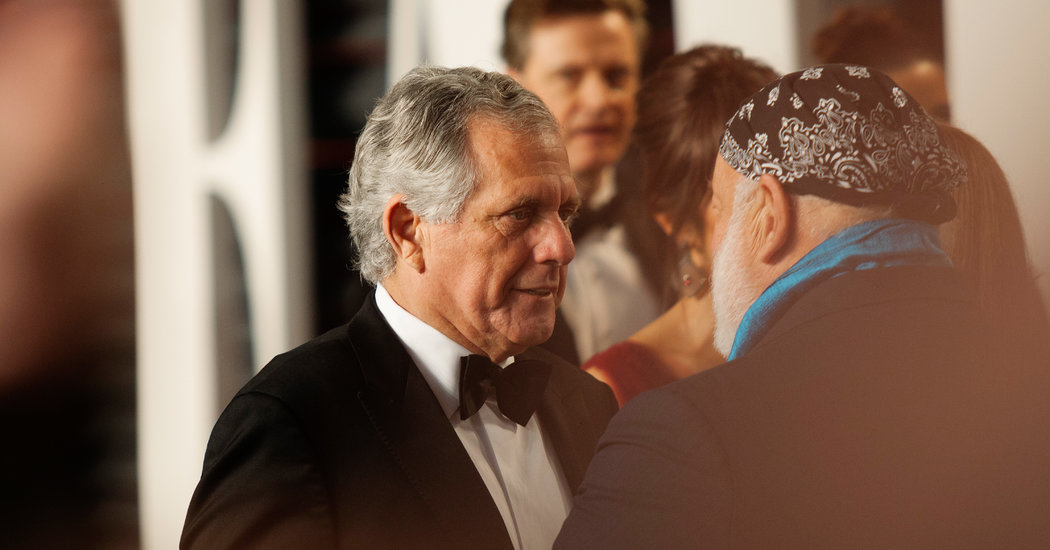 The New Yorker's report on sexual harassment allegations against CBS chief Leslie Moonves has many disquieting reminders of a long list of predatory executives.

But among all those trapped in the #Metoo movement, only Mr. Moonves was so brave – or so reckless – to start a civil war against the controlling shareholder of his company, who has, as he has, several media investigations on had his behavior.

CBS's board knew – or should have known – about potential problems with Mr Moonve's behavior in the past, long before the news broke out last week. Rumors spread through the New York Times and The New Yorker almost immediately after the release of award-winning exposés by Hollywood producer Harvey Weinstein in October. They intensified after Charlie Rose, a presenter of "CBS This Morning," was fired in November.

In December, CBS executives said that reporters from The Times and The Wall Street Journal are asking for allegations of sexual harassment, Mr. Moonves, according to a person close to CBS. Earlier this year, CBS officials had talked to a number of reporters about the allegations, the person said.

Rumors that Ronny Farrow of the New Yorker, the author of the magazine about Weinstein, was about to break a story. Mr. Moonves swept through the ranks of CBS executives and board members. The rumors were so persistent that Shari Redstone, CBS board member and vice chairman, who effectively controls both CBS and Viacom, put Mr. Moonves in a nutshell on whether the allegations were anything, two people familiar with the conversation said. Mr. Moonves said the allegations are wrong, they said

. Redstone also expressed concern about Mr. Moonves' rumor with other CBS directors, these people said. It is not clear what steps, if any, the Board has taken to investigate the matter. Mrs. Redstone never received an answer from the board. Nonetheless, CBS's board of directors decided to file a lawsuit against the company's controlling shareholder, Mrs. Redstone's holding company, in order to deprive her of her voting rights. In my interviews, I have found no evidence that directors have discussed the possible vulnerability of Mr. Moonves before making such a momentous decision.

This is particularly surprising when you consider that the CBS board has some illustrious members. These include Martha Minow, a former Dean of Harvard Law School; former Secretary of Defense William S. Cohen; Bruce S. Gordon, former President of the National Association for Advancement of Colored People; and Joseph A. Califano Jr., a former Secretary of Health, Education and Welfare.

CBS now says that it is appointing an outside law firm to investigate Mr. Moonves and the wider culture at CBS.

A CBS spokesman declined to comment on behalf of the directors, and a spokeswoman for Ms. Redstone declined to comment. Mr. Moonves said in a statement that he had made some women uncomfortable by advances, but "I have never abused my position to damage or hinder one's career."

A critical part of the investigation should be whether Mr. Moonves was honest with the directors of CBS, including Ms. Redstone, and whether the board had sufficiently dealt with the rumors.

"When a board member asks a CEO questions and the C.E.O. is less than sincere, that's itself grounds for termination," said Charles M. Elson, director of the Vineyard Center for Corporate Governance at the University of Delaware.

"A business should not just quit someone because of rumors," Mr. Elson continued, "and we do not know exactly what was asked and answered. But if a board member asked Moonves if something was going on and he said no, that would be misleading, even if the allegations turned out to be wrong. That's one cause for termination, because if someone leads you astray, you can never trust him again.

As it turned out, the rumors this spring in CBS about an upcoming New York article did not come out – Mr. Farrow's article, published on April 12, was about President Trump and The National Enquirer, also the Times or the The Wall Street Journal did not publish an article about the alleged harassment of Mr. Moonves, which may have given Mr. Moonves and CBS a false sense of security. "On May 17, the CBS Board approved the lawsuit against Mrs. Redstone's holding. [19659002] It is difficult to believe that the Board had approved the lawsuit – part of which was to protect Mr. Moonves in the face of a perceived situation – by Mrs. Redstone – if she had reason to believe that Mr. Moonves was seriously accused of misconduct

"If you intend to start a war, you do not want the general to let go of the accusation The Slaughter field, "Mr. Elson said.

Last week, while most CBS directors learned that the New Yorker article was imminent, Ms. Redstone and two others of her holding company were in the dark, the two said. Despite months of rumors, CBS had not initiated a law firm or a formal investigation to determine the merits of the allegations.

The law firm to be appointed will now have to ask some difficult questions. One of the most difficult cases is for Mr. Moonves, who decided to put the company on litigation when he knew better than anyone else which skeletons were in his closet: What did you think?