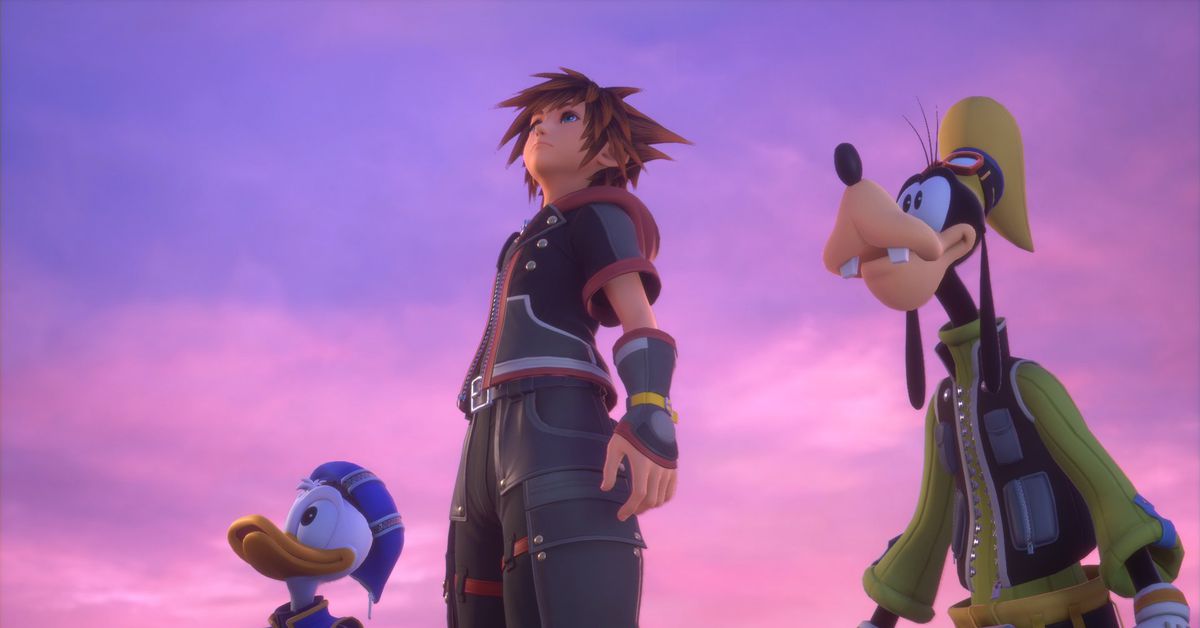 There is a reason to be silent about Kingdom Hearts: It was a collaboration between two titan of industry that had not worked, full of inexplicable crossovers and glossed-over plot details. But Disney and Square Enix's partnership proved to be a winning one – at least for a while. Kingdom Hearts has since evolved from its simpler beginnings: It's a tangled, dense mass of plot lines and backstories. And Kingdom Hearts 3 The culmination of more than a decade and a half of games.

Its knotty lore often intimidates newcomers, and has become a punchline to its more skeptical critics. Disney princesses and Mickey Mouse, overwrought complexity is half the fun.

Kingdom Hearts 3 is not the affirming experience I wished it would be better than half my life. It's a whimsical but tepid action rpg through Disney worlds, with a flat story, repetitive gameplay, and very few surprises.

Kingdom Hearts 3 Kingdom Hearts 2 Kingdom Hearts 2 's story concluded. I could burn my entire word count summarizing what's happened in the fiction across the series. So here's the most concise summary: Sora, Riku, and Kairi were three island kids when we met them; now, Sora and Riku are two of the strongest wielders of the legendary Keyblade weapons in the universe. This universe is connected to others, including worlds populated by Disney characters like Hercules, Buzz Lightyear, and Simba.

Sora and his friends to each other consume the world with darkness. It must be stopped, and Sora, Riku, and their Disney companions are the ones to do it. That sounds simple only because of the time traveling, cloning, and frequent lapses into comas.

The capper of such a grandiose saga should carry a sense of urgency, but Kingdom Hearts 3 from the start , stumbles towards its big final with the pace and intent of a plastic bag in the wind.

The story goes on: "The story goes on at the end of the story." Kingdom Hearts and Kingdom Hearts 2 . But as I refresh my memory of all the bodies sacrificed to darkness, and the lives are still under threat from it, I'm a little bit shocked to find that the game opens with the same buoyant tone as the previous two core games.

Kingdom Hearts' marriage of Disney's family-friendly spirit with a Final Fantasy-like sense of grandeur (and battle system) has always been one of its best qualities, but that combination does not sit well with me this time. The contrast is too strong. The story within these worlds, about love and friendship, is at odds with the story outside of them. Elsa of Frozen still has time to sing the entirety of "Let It Go," and I, apparently, have time to sit through the silence whole dang thing.

Much of the dissonance stems from who's at the helm of this ship. I once again play as Sora, who always smiles in the face of danger and just wants to eat ice cream after a big fight. He's got big, spiky hair, bigger pants, and the world's biggest shoes. Sora is the perfect representation of the pairing that brought Kingdom Hearts together, and it's comforting to jump back into the fray with him. At first.

With the sinister Organization, Sora is still running around smiling and laughing and goofing off. But it feels like a jovial here – as if all those years and games I spent as Sora had zero impact on him. Characters grow and change, but Sora just keeps smiling, world be damned. The franchise's story has been built into a grim conclusion in direct conflict with the sugary, happy, sterilized worlds of Disney lore.

And then there's the series' notorious narrative density. The story stretches in so many different directions, with so many different characters, pieces of lore, and rules, that's no way to fit the Disney bits into Kingdom Hearts 3 without them feeling like a roadblock to something more important. The Disney mega-verse has always felt a little inexplicable, sure, but I'm surprised to now ask for the justification of why Sora needs to hang out with Anna and Elsa for so long before we can get back many games and dozens of hours.

I keep wondering what's changed here. Is it the game? Or is it me? Is this what growing up? At I an old now? Because it's so confusing and frustrating how little rational I get through the Disney's catalog, despite the characters and the bulk of the franchise.

Sora wants to fly to one of the worlds in his aircraft, mutating into a shape that fits better with the environment monsters and end-level bosses, maybe completing some side missions on the way. In previous games, all this a showcase for charming character redesigns, interesting levels, and fantastically diverse boss battles. In Kingdom Hearts 3 these are much more lifeless dioramas. The eight Disney worlds here – of which only five are new – are comparatively empty, with fewer details and references to the films themselves, making more room for waves upon waves of battles.

The Frozen is the glaring example of this world. Arendelle is a snow-covered labyrinth in which I spent an absurdly number of hours running up and down again on a mountain that leads to Elsa. There's nothing more than that: just a whole bunch of the color white on top of the color gray. It's drab to look and miserable to play, because the whole world is predicated on repetition. The only thing to break up in a dry rhythm.

I'm not knocking modern Disney movies or anything, but the recency bias shows a small handful of very bland environments. Toy story – My favorite Pixar movie – A young man in a black and white leather coat with a black paint on his face.

For the bulk of Kingdom Hearts 3, [Journey to smooth sailing]

Sure, it's not all bad: A return to the realm of Pirates of the Caribbean actually makes for an engaging land-and-sea fighting ground; San Fransokyo, from Big Hero 6 is a bustling city like no other Kingdom Hearts world. Kingdom Hearts 3 Steamboat Willie in Kingdom Hearts 2 for example, or each game's version of The Nightmare Before Christmas' Halloween Town.

With so much space set aside for battle – plus the whole "epic final" thing – I had high hopes that at least the copious boss fights would make up for whatever the worlds are are missing. This is the case. Kingdom Hearts 3 mostly lacks strategy, with its battle system simplified to a few buttons.

Saga can attack with his Keyblade and cast magic spells, but he can not, and he is, he is using his Keyblades' unique abilities, his team attacks with his party members, and new attacks based on Disney theme park attractions. (For thesis, Sora and the crew wants to jump into a Splash Mountain-style raft, or a merry-go-round, for example.) These each do additional damage, but at the serious cost of my time and desire to continue playing the

Sora and his companions perform a move together, one that requires minimal interaction from me. It's all lights and flashy for the sake of being flashy. Seeing an attack like this is a small handful of an important fight sounds like a neat idea. But the amount of times that the game prompts me to unleash these event-sized special moves renders them not so special. It makes me resentful of the extra time I'm spending killing the weakest, tiniest enemies.

Grand, choreographed battles sadly arrive fewer and farther between, with most of the memorable fights stacked toward the end. For the bulk of Kingdom Hearts 3 the journey is smooth sailing (while playing on its standard difficulty mode, at least).

Kingdom Hearts has always had a joyfulness that differentiated it from its contemporaries. Despite its reputation for complex story, its simple action and positive energy felt like antidote to so many other.

But Kingdom Hearts is not simple anymore; it is not just joy and bright colors and Disney heroes. Instead, the conclusion of this story is tangled up in so many conflicting threads, each one being a heavy burden on its hero, whose smile now feels unnerving. Kingdom Hearts 3 Is a lighthearted alternative loses its way.

Kingdom Hearts 3 is available Jan. 29 for PlayStation 4 and Xbox One . The game was reviewed using a final "retail" PlayStation 4 download code provided by Square Enix. You can find additional information about Polygon's ethics policy here .