Breaking News
Home / Science / Komet NEOWISE 2020: location, route and how you can see it with the naked eye

Komet NEOWISE 2020: location, route and how you can see it with the naked eye 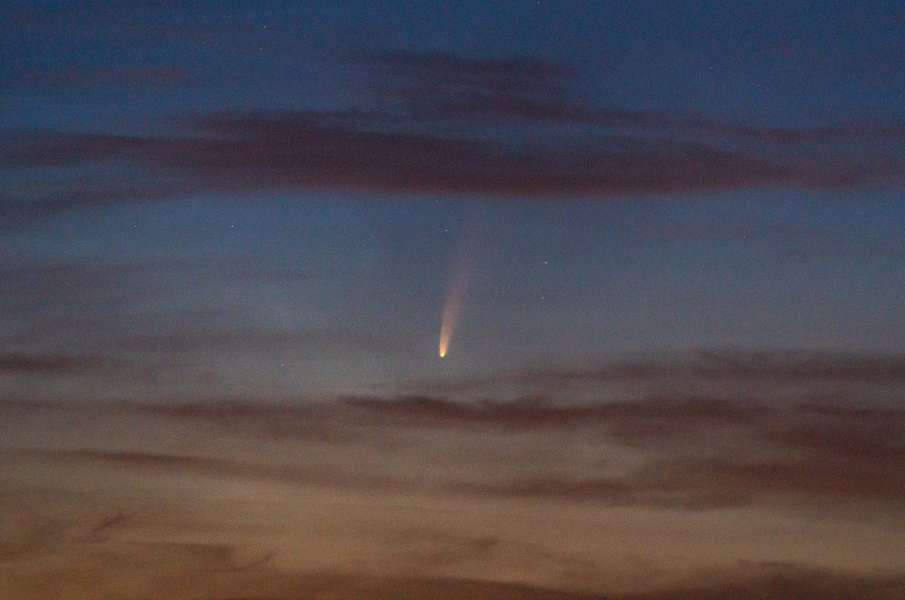 Not for the first time in 2020, space enthusiasts are happy about a comet. Only this time the comet does not break hearts by fading before it can be seen with the naked eye.

The comet C / 2020 F3 NEOWISE – or simply the comet NEOWISE – came closest to the sun on July 3rd. It’s a fragile time for every comet and our ability to see it. A comet’s visibility from Earth is affected by both its proximity to Earth and its proximity to the Sun, because the Sun’s immense energy warms the Comet and makes it brighter. This increased heat can force the icy comet to break apart, as was seen at Comet ATLAS earlier this year.

However, when the comet NEOWISE began to make its long way out of our solar system, it became visible to the naked eye and survived the intense pass of Mercury and our local star. However, as NASA notes, the proximity of the comet to the sun is challenging viewers.

Is the comet NEOWISE visible?

If you see the comet without visual aids and with a dark sky, you should be able to see the core of the comet, according to NASA. If you break out a pair of binoculars, you̵

7;ll get a glimpse of the comet and its long tail of gas and dust. Sky & telescope estimates its current brightness at 1.4, making it the brightest comet since PanSTARRS (C / 2011 L4) in March 2013. Many observers have said that it is easiest to find it with binoculars first and then remove it to get a good naked eye look at the comet.

This is a wonderful sight, but it’s not a great comet. If you want to take a look at the beautiful split tail from NEOWISE, you have to use binoculars.