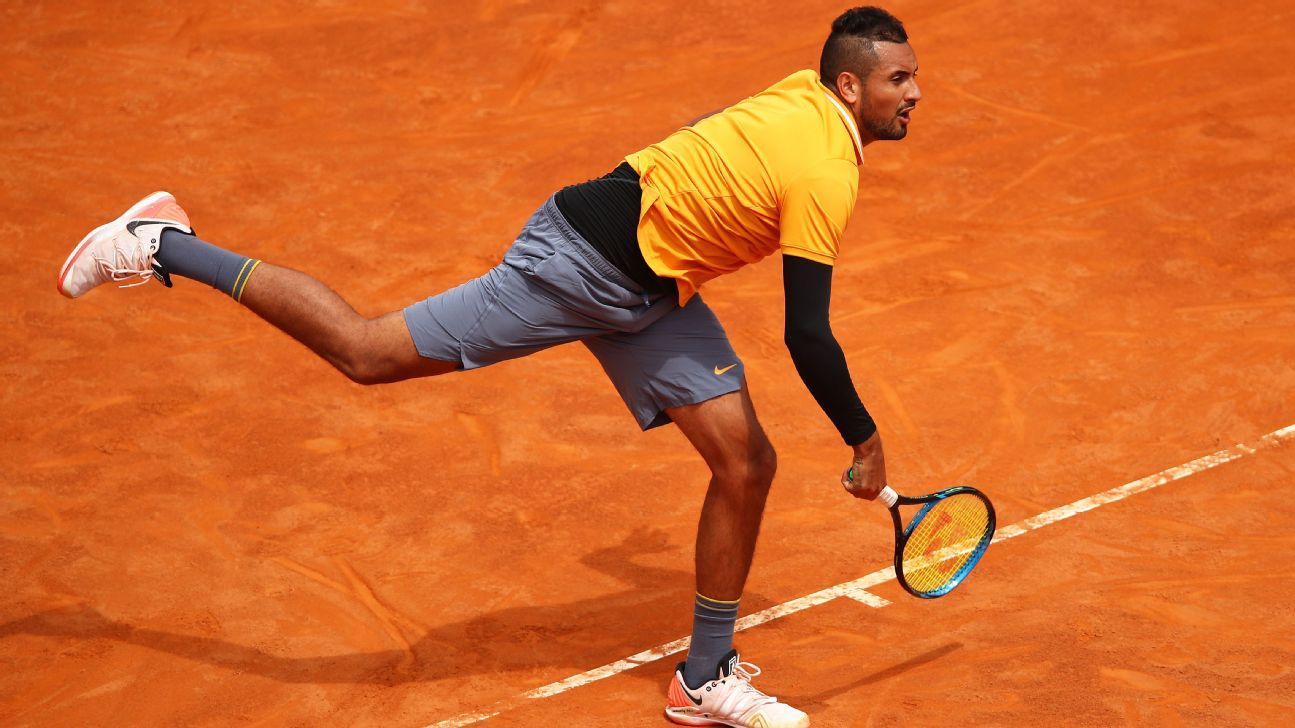 PARIS – After a tantrum in Italy last week, Nick Kyrgios' 36th place retired on Friday from the French Open. The ATP said the Australian player called the disease the reason.

Kyrgios was in default after a furious outburst at the Italian Open. In round 2 he met the Norwegian qualifier Casper Ruud, threw his bat in the sand and kicked against a water bottle. Then he took a chair and threw it on the square.

He was punished and lost ATP points, but escaped a lock.

The controversial withdrawal of Kyrgios came just days after he posted a video in which he said the French Open "sucks" compared to Wimbledon, where he recently coached.

In 2015, Kyrgios Stan Wawrinka verbally abused Montreal during a match. He was fined $ 12,500 and suspended for 28 days. He also came up against criticism for deciding not to attend the 2016 Summer Olympics in Rio for a spit with an Australian team official, and because he shot back at retired players who had given him advice.

Kyrgios should launch his Roland Garros campaign against Cameron Norrie of Great Britain.

The tournament starts on Sunday.