Larry Hogan, the Republican governor of Maryland, says he will not challenge Trump 2020 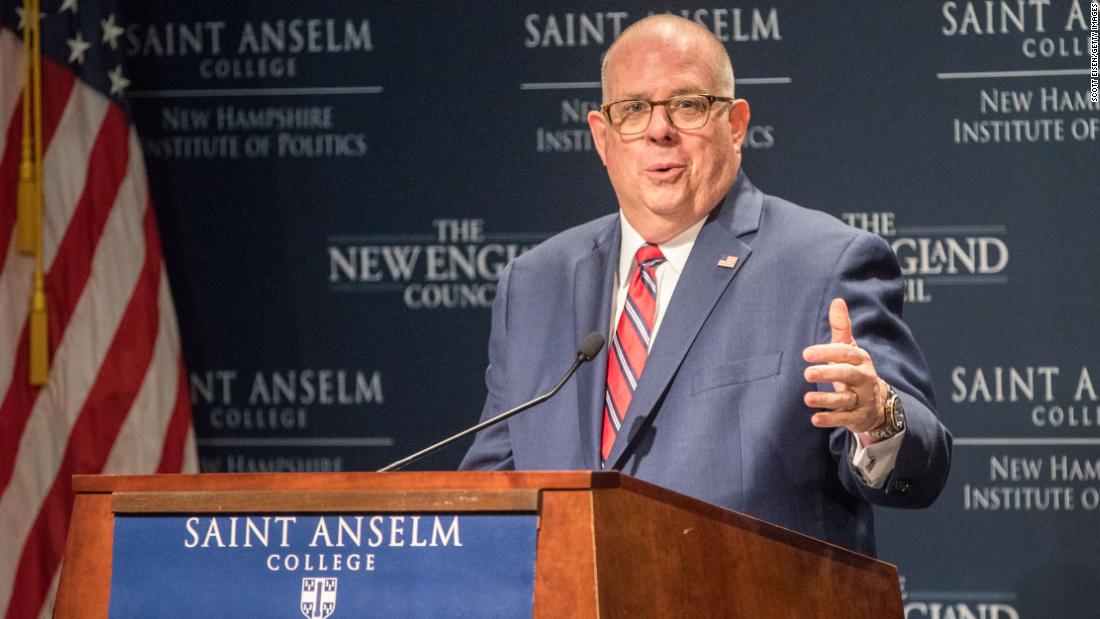 "I really appreciate all the encouragement I received from people across the nation who urged me to think about running for president in 2020," tweeted Hogan on Saturday. "But I will not be a candidate."

Hogan said he would instead focus on his second term as governor and his upcoming role as chairman of the National Governors Association.

"This work is important and I believe both of these roles will give me the opportunity to influence the direction of my party and our nation," he added .
In a Washington Post story released on Saturday earlier, the governor acknowledged this as well. It would be difficult to overcome Trump's popularity with most Republicans.
Hogan, a moderate Republican in a deep blue state, told CNN earlier this year that several people had approached him about running.
Former Massachusetts Governor Bill Weld already has a challenge against Trump for the GOP nomination, while on the left, there are 23 Democratic presidential candidates on the left.