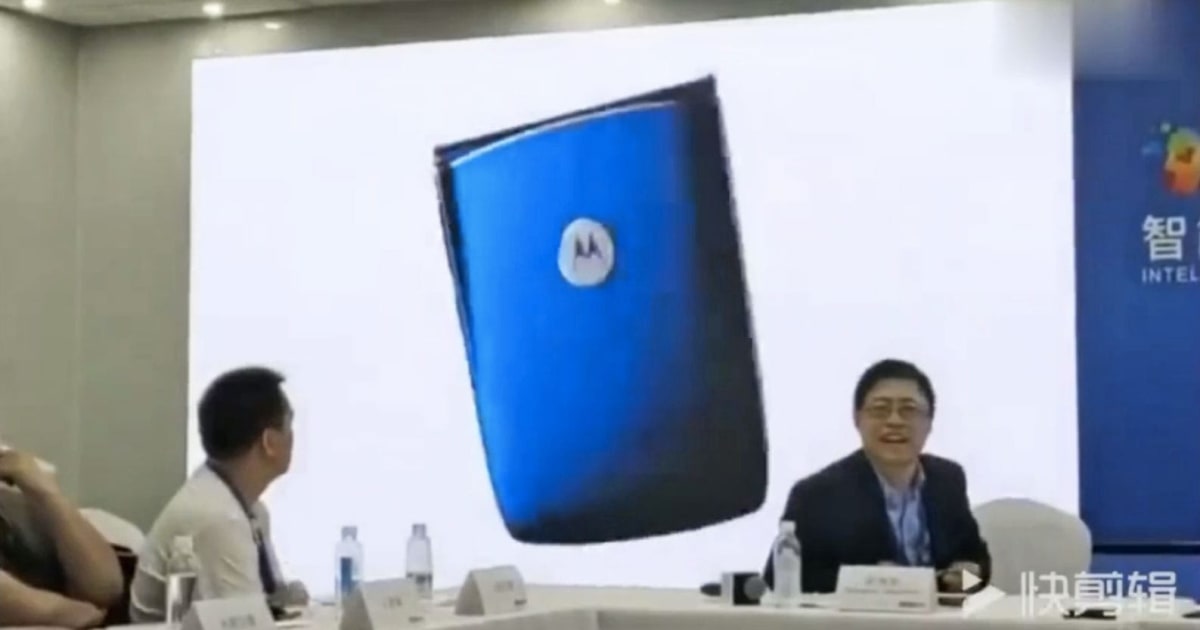 The clip that Lenovo showed yesterday to the press seems to have been cut from a series of renderings first seen in a video titled "Motorola RAZR 2019 – Introduction & First Look!" To see were. that was uploaded by Khan on YouTube on February 9 this year. Many of the images in Lenovo's video are identical to those in Khans, and it even looks like Khan's Twitter Handle watermark still exists in Lenovo's shared footage. However, Lenovo's video ends with the company logo, which makes it look like an official product.

Although Lenovo's branding appears on the footage, Khan confirmed that he was not approached by the company in terms of renderings. "You used it without my permission," he told Engadget via direct message on Twitter. "I do not know what's going on [on] man."

It is unclear at this time whether a foldable Motorola RAZR is actually underway. A patent for such a device has surfaced earlier this year, triggering rumors that the phone might arrive in the near future. In January, the Wall Street Journal reported that a flakeable RAZR reboot was planned with an expected price of $ 1,500. Leaked images allegedly representing the device surfaced last month. Lenovo's use of a fan-made rendering, however, raises the question of whether the Folding RAZR is real or whether the company enjoys only a bit of free attention from people who have nostalgia for the beloved phone.