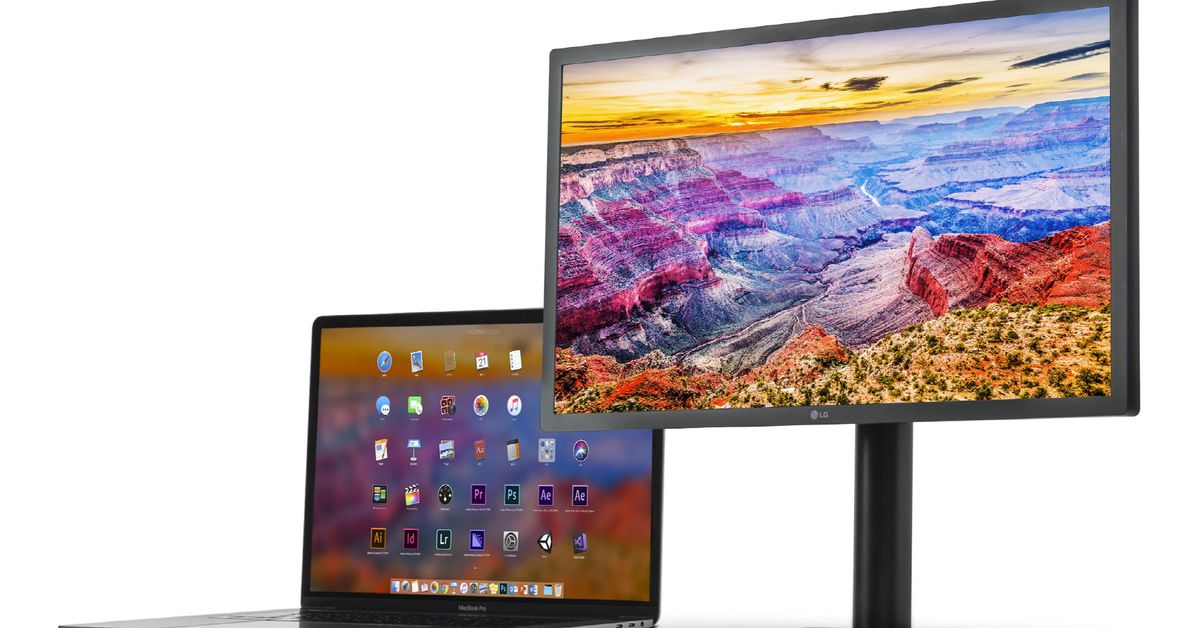 LG has announced an updated version of its 27-inch UltraFine 5K display. This monitor was recommended by Apple as the best option for the current generation of MacBook Pros, but has not been available for several months. The new model boosts performance to 94 watts and now offers USB-C connectivity as well as Thunderbolt 3. That means it works with the 2018 iPad Pro over USB-C, though it's not clear which resolution is supported. Otherwise, the product seems to be essentially identical to its predecessor, so our buy recommendation is likely to remain unchanged. LG's UltraFine displays offer extremely good screens and excellent native support for MacOS features, including True Tone, when connected to a compatible laptop. But their industrial design is pretty boring and they are not a good option for Windows computers because they have no physical controls.

LG recently unveiled a new 24-inch version of the UltraFine 4K, larger than the previous 21

.5-inch monitor, but with lower resolution. This is a solid mainstream option, not least because the new UltraFine 5K still costs almost twice as much at $ 1,299. Both models are now available in the Apple stores and on the Apple website.