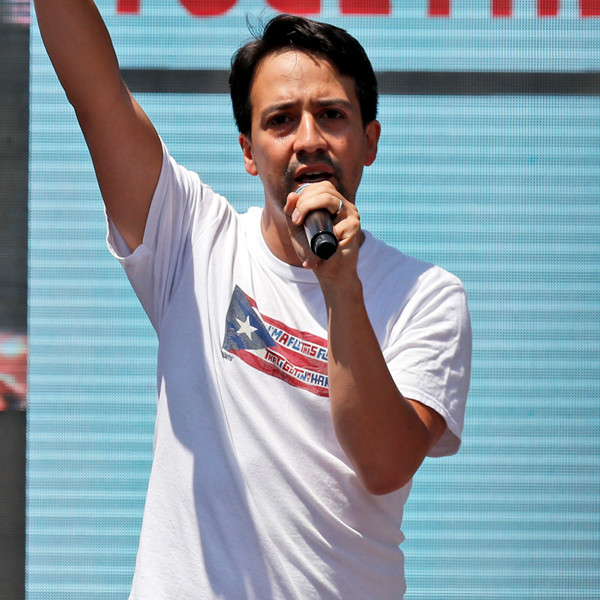 Lin-Manuel Miranda sings a lullaby for children separated from their parents pic.twitter.com/csctFNjR5T

Hamilton Musical Creator Lin-Manuel Miranda dedicated a special song to parents leaving their children on the Mexican border at the Families Belong Together Rally for thousands of people, including celebrities The White House

The demonstration on Lafayette Square aired on CNN and other platforms and was one of hundreds that have been protested nationwide against the Trump government's immigration policies. Miranda stepped onto the stage to release an Acapella version of the song "Dear Theodosia", a moving lullaby about Parenthood of Hamilton .

"We are here because there are parents who can not sing lullabies to their children," Miranda told the crowd before singing the song.

In Hamilton Alexander Hamilton and Aaron Burr sing "Dear Theodosia" to their children. Example texts are: "You will grow up with our young nation / We will bleed and fight for you, we will do it right for you / If we lay a strong foundation / We pass it on to you, we will give you the world / And you'll blow us away. "

" Do not stop, do not give up until these families are reunited, "Miranda said after completing his performance, CNN

" The moment when the audience meets with the Vote in, will live forever in my heart.Thank you. #KeepFamiliesTogether, "he tweeted later .

At the rally, he was accompanied by a singer Alicia Keys her son Egypt and actress America Ferrera .

The women entered the letters of a grandfather and a mother for the release of their imprisoned family members.

How many people turned up for the in scorching heat, #FamiliesBelongTogether March in DC? A HUMAN PARTS pic.twitter.com/m50a48GUj2

At the Los Angeles Family Belong Together Rally, Chrissy Teigen 19659020] introduced John Legend to the stage, where he recited a new song entitled "Preach".

"I know Twitter's opening now feels like it could be a horror show The news is shocking and irritating and depressing, I think some of us have a strong temptation to just relax, but we do We can not do that, we can not do that, I can not, "Legend told the crowd. "I have to do something, here's a song that I wrote & # 39; Preach & # 39 ;."

Singer John Legend was singing his new song "Preach" to protesters in Los Angeles. Before that, he said, "You can not talk or tweet about it, you have to do something." pic.twitter.com/xMvt3uOCfq