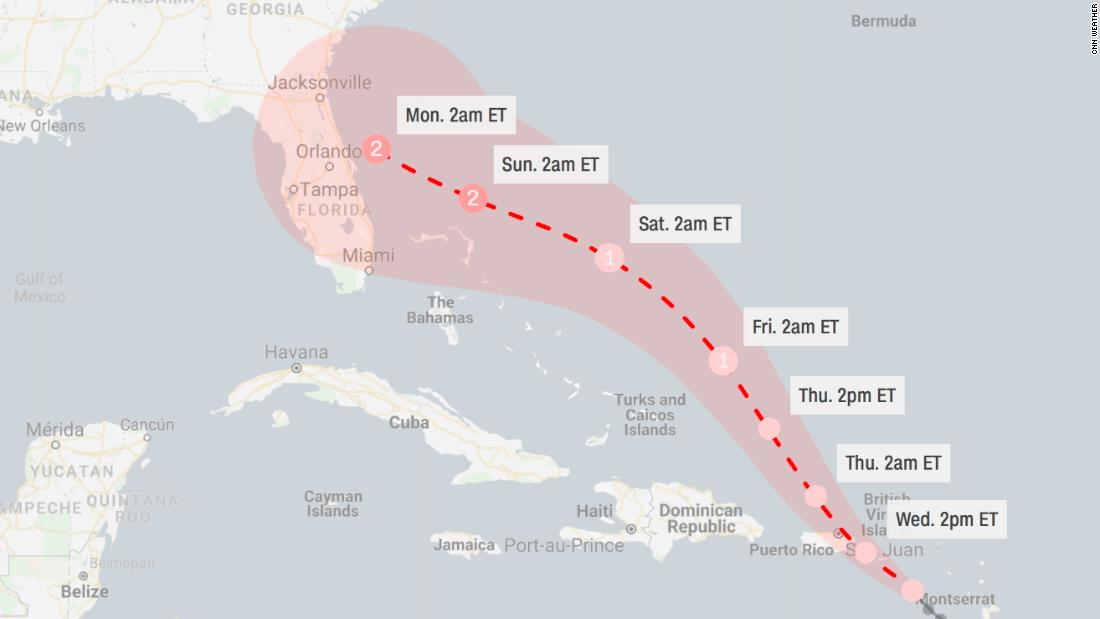 Puerto Rican municipal and state emergency officials are preparing the eastern part of the island in anticipation of Dorian, Puerto Rican and Civil Protection commissioner Carlos A. Acevedo Caballero, who attended a meeting Wednesday morning.

Acevedo spoke directly to the mayors of Culebra, Fajardo, Ceiba and Naguabo, whose main concern is the need for additional generators. "Generators are in standby mode" and can be used as needed, Acevedo said.

Residents wake up to another trajectory when they fall asleep. "They think the system will go through Ponce, and now the system has another route east of Puerto Rico," said Acevedo. His message to the inhabitants: "Stay calm."

Forces are on standby and residents with "blue roofs" or tarpaulins have priority and were evacuated to emergency shelters. Ports have been closed by the Coast Guard, 99.1% of its residents have electricity and airlines that have canceled flights include: Cape Air, Seaborne, Frontier, Southwest and Air Caribbean.