Liveblog: The launch of the Samsung Galaxy S10 will take place on Wednesday, February 20th 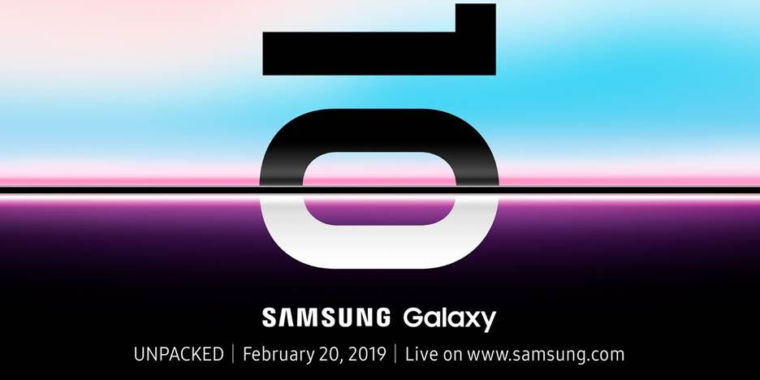 Samsung Unpacked 2019 launches on Wednesday, February 20, at 11 am Pacific (2 pm ET) in San Francisco. We will learn all about Samsung's flagship lineup for 2019, which includes the Galaxy S10 in many variants.

We already have a big contribution here, describing what to expect, but the highlight of the event will be the Galaxy S1

0 and the S10 Plus. These devices are expected to bring a number of enhancements to popular smartphones. You'll be one of the first device families to have the Snapdragon 855 SoC, Wi-Fi 6, and an in-screen ultrasonic fingerprint sensor. There is also a new "hole" camera cutout on the display and narrow bezels, which means the displays are getting bigger.

We also get much more than just the S10 and S10 Plus. It is expected that there will be a cheaper version of the Galaxy S10 called "Galaxy S10e", and we might look at the upcoming 5G version. Samsung has also spent some time "The future of mobile phones will spread to the event", which means that we will learn something more about the company's upcoming foldable smartphone (the Galaxy F?).

We'll be live at the event to bring you every big announcement on how Samsung does it. Make sure you vote for tons of coverage on Wednesday!