Lockheed Martin, CU-Boulder, has teamed up for the NASA space mission 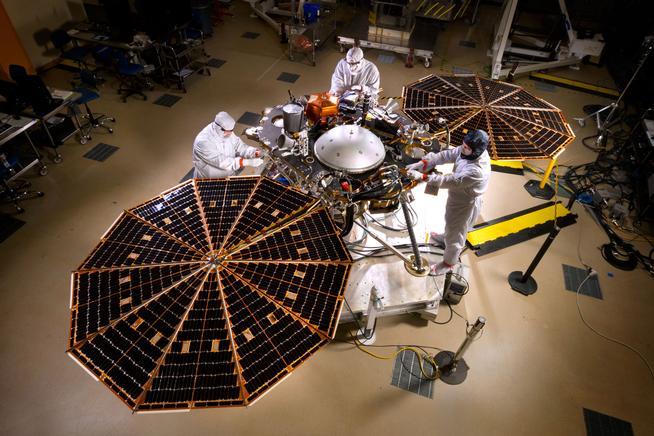 The mission, named Janus, is one of three finalists from the original 12 that were considered for NASA's "Small Innovative Mission to Research the Planet" and designed for the use of small spacecraft weighing less than 400 pounds are. The mission, led by Principal Investigator and CU Professor Dan Scheeres, would deploy two full-size satellites equipped with both visible and infrared cameras to capture images of the asteroids.

Lockheed and CU will finalize the mission and spacecraft design details for NASA, which decides which mission or mission to launch. The small Janus satellites would launch in 2022 to reach the asteroid system in 2026.

"We are pleased to partner with the University of Colorado for this challenging mission, one of the first small satellites to return off-orbit scientific data," said Chris McCaa, Janus program manager at Lockheed Martin Space In a statement on Thursday, "Janus will provide the opportunity to combine our long-standing legacy of missionary success in space with the small satellite paradigm, paving the way for a new generation of space explorers."

The mission should investigate how Form binary asteroids and evaluate theories about the evolution of ever-changing systems.

Upon selection for the final phase, Lockheed Martin Space will design and build the spaceship and perform mission operations after launching Malin Space Science Systems will make the instrument suite including Visible and infrared cameras already

The selected studies will be managed by the Planetary Missions Program office at NASA's Marshall Space Flight Center in Huntsville, Alabama, as part of the Solar System Exploration Program of NASA Headquarters in Washington.