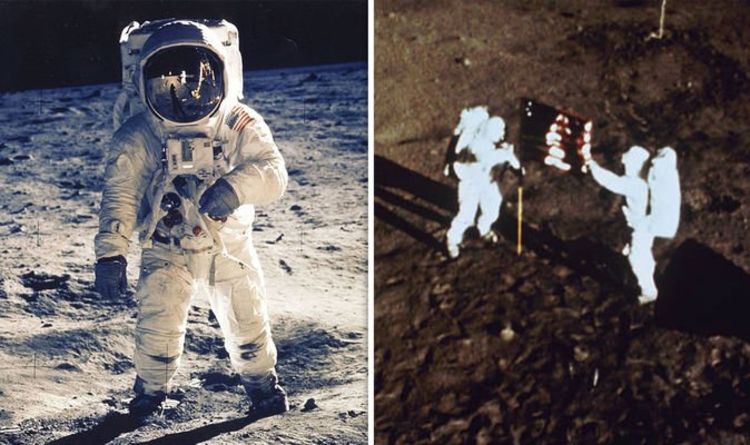 The NASA Apollo 11 mission landed on the moon nearly 50 years ago. Neil Armstrong was the first man to enter the lunar surface, followed shortly by Buzz Aldrin. The monumental event of July 20, 1969 brought the world to a standstill as millions watched fearfully on live television before Armstrong held his legendary "One Small Step" speech marking the end of the space race with the Soviet Union. What many do not know is that the legendary astronaut was actually forced to lie to NASA bosses about the Apollo 11 program.

President John F. Kennedy was elected President of the US after an election campaign that promised superiority over the Soviet Union's race and domination of space during the height of the Cold War.

He promised to bring a man to the moon by the end of the sixties, and so NASA was founded in 1

This was revealed during the upcoming Altitude movie release "Armstrong", as the Apollo 11 team was put together.

Commenting on Harrison Ford, he says: "We were a nice bunch, but we really focused on the job."

"Buzz and I had both flown in Korea and myself was sure his flying abilities were good.

"His intelligence was high, he was a creative thinker and he was ready to make suggestions

"Mike Collins was a joy at work, happy and laid back."

Armstrong unveiled however, also as he was forced to lie to NASA chiefs after the president Nixon took office and prevailed with Kennedy's wishes.

He added, "I was asked by the bosses, do you think that You and the boys are ready? 659007] "I wanted to say that it would be nice to have another month left. "

Directed by David Fairhead, "Armstrong" will be in action on July 9th British and Irish cinemas to celebrate 50 years after the first moon landing.

The film was filmed with the full support of Mr. Armstrong's family after his death in August 2012 and includes previously unseen films of the most famous astronaut in history.

It also contains its own words based on interviews, writings and speeches as well as interviews with its first wife and two sons.