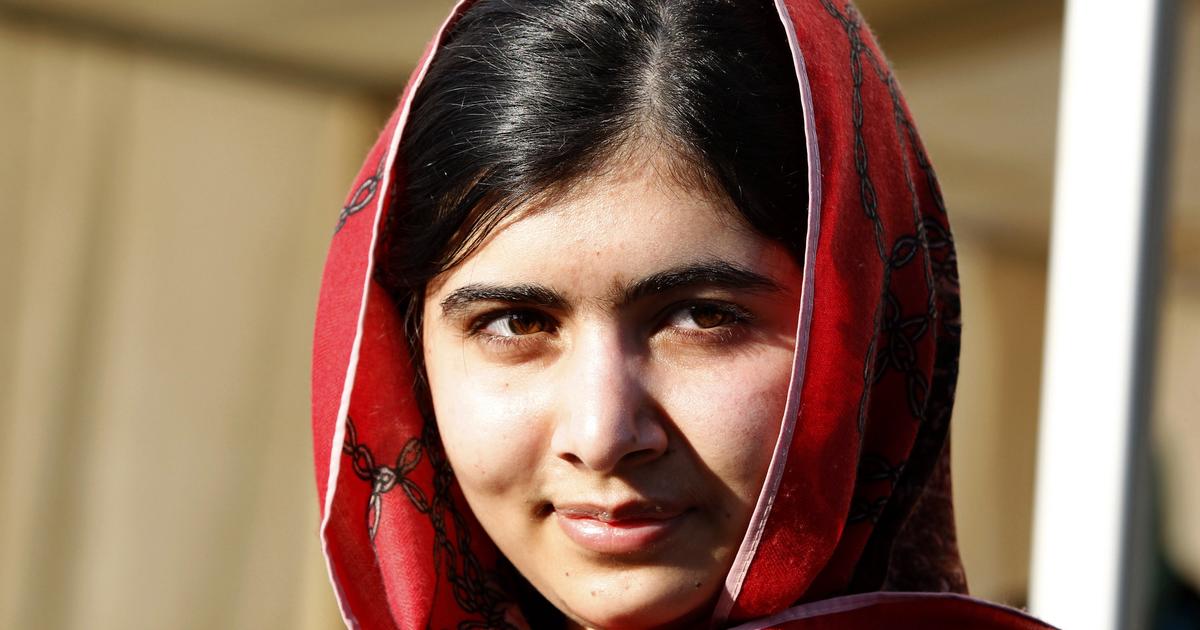 ISLAMABAD – Nobel Peace Prize laureate Malala Yousafzai returned to her native Pakistan on Thursday for the first time after her shooting in 2012 by Taliban fighters. The now 20-year-old student welcomed the safety on arrival at the Benazir Bhutto International Airport.

Local television showed her and her parents in the lounge at the airport before departing in a convoy of nearly fifteen vehicles, many of which were manned by heavily-armed police officers.

Hours after their arrival, Yousafzai met Pakistani Prime Minister Shahid Khaqan Abbasi, who praised her and said he was happy to welcome her back to Pakistan, where he said terrorism had been eliminated.

Yousafzai said she was excited to be back. With tears in her eyes she remembered that she had to leave the country for treatment when she was shot. At a ceremony in Abbasi's office, the student said she had always thought of returning to Pakistan

"It really is happening now and I'm here," she said, vowing to continue her efforts to educate girls. [19659002] Her return had been kept secret and it was not immediately clear how long she would be in the city or whether she was planning to travel to her hometown of Mingora where the shooting took place.

When news of Yousafzai's arrival arrived in Pakistan, her compatriots greeted her.

Mohammad Hassan, one of Yousafzai's cousins ​​in the northwestern city of Mingora, said it was one of the happiest days of his life. He said he was not sure Yousafzai would visit her hometown, where schoolchildren would rejoice on their return, although they wished that Yousafzai had visited Mingora so they could welcome her.

"I wish I could see her in Swat, I wish she had come here, but we welcome her," she said as she sat among schoolchildren.

Marvi Memon, a senior leader of the ruling Pakistan Muslim League party, also welcomed Yousafzai and said it was a pleasant surprise for her to see Yousafzai at home

"What an incredible surprise I woke up this morning "To know this Yousafzai is back together with her parents, she said. Memon said it was a proud day for Pakistan that Yousafzai was back in Pakistan.

Yousafzai was just 14 years old, but already known for her activism, when a Taliban gunman mounted the school bus she was sitting in and asked, "Who is Malala?" Before she shot her in the head. Two of her classmates were also injured. In critical condition Yousafzai was flown to the garrison town of Rawalpindi before being flown to Birmingham in the UK.

Since then, she has spoken to the United Nations, captivating the world with her eloquence and tireless commitment to promoting girls' education through the Malala Fund, a book, meetings with refugees and other activists.

She was awarded the Nobel Prize in 2014, along with Indian child rights activist Kailash Satyarthi, and said on the day she received the award "Education is One of the Blessings of Life and One of Its Needs".

It remained in the UK thereafter

However, at home in Pakistan, some people condemned it as a Western mouthpiece, with some even pointing out on social media that the filming was staged. Yousafzai has repeatedly responded to criticism with a grace that far surpasses their years, often on the grounds that education is neither Western nor Eastern.

On March 23, when Pakistan celebrated Pakistan Day, Yousafzai tweeted: "I cherish beautiful memories of home, playing cricket Rooftops and sing the national anthem at school Happy Pakistan Day! " [196592002] Local TV stations have shown their return to Pakistan with a repeat of the horror of their shots and the onslaught on their treatment.

Pakistani officials say they captured several suspects after the attack on Yousafzai, but the head of the Taliban in Pakistan, Mullah Fazlullah, is still on the run and believed he was hiding in neighboring Afghanistan.

Fazlullah's spokesman, Mohammad Khurasani, said earlier this month that Fazlullah's son was under 21 "holy warriors" killed by a US drone rockets in a seminar in Afghanistan.