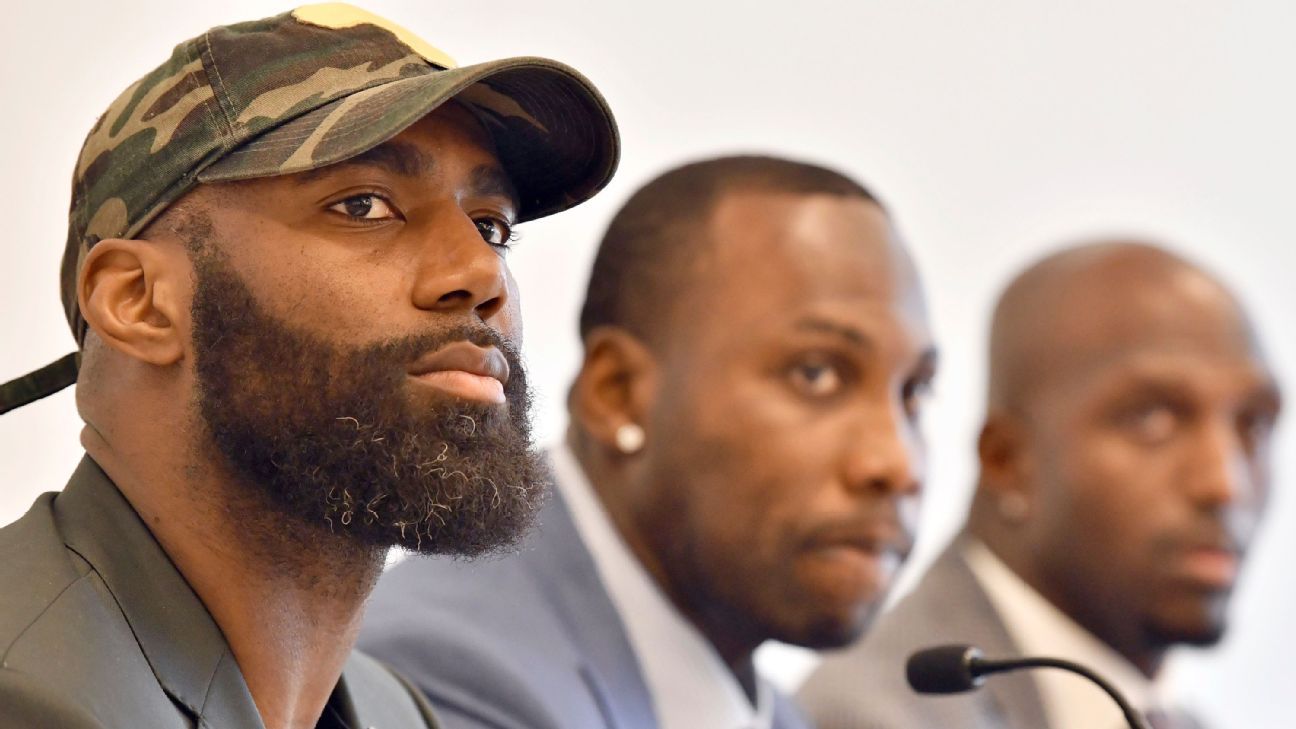 PHILADELPHIA – Eagles Safety Malcolm Jenkins gave a strong response on Friday to Dallas Cowboys owner Jerry Jones, calling him a "bully" for having to stand his players for the national anthem while urging the league's owners – including Eagles Chairman and CEO Jeffrey Lurie – to campaign for the players on the subject.

"Jeffrey gave us a lot of support right from the start, I do not think Jeffrey is a bully like Jerry Jones, luckily I do not play for the cowboys, I would not want it either, I think it's unfortunate that owners like him Use his position to intimidate and deliberately thwart the idea that his players think individually or have a voice, problems that affect their communities on a daily basis, which is unfortunate, but hopefully people will challenge them and they will be my full support

Jones recently said that the Cowboys' policy demands that its players stand on the field for the national anthem, no matter what rule the league eventually gains. Last week, the league announced that its recent policy was frozen while working on a resolution with the NFL Players Association.

The NFL ruled in May that teams would receive a penalty if players would not stand during the national anthem while in the field. The rule prohibits players from sitting on the field or in the sideline or kneeling during the anthem, but allows them to stay in the dressing room if they wish. The league left the punishment of the players to the teams.

"I think it's good that they're finally talking to the players, but we'll see that while you try to meet the NFL at the same time as the NFLPA, you talked to Jerry Jones about not just the Ignore policy that allows players to go [to the locker room during the anthem] that everyone has to come out, "Jenkins said.

"I find it regrettable that you like owners. He uses his position to intimidate and intentionally thwart even the idea that his players think individually or have a voice about issues that affect their communities on a daily basis, which is unfortunate But for them, hopefully people will challenge that and they will do it, I have my full support. "

"There is always a way to speak from both sides of the league [like] we support our players, but then you have a policy to take away their votes. Hopefully you The majority of owners will say on every page that they are indeed standing. "

Asked if Lurie, who has supported his players' efforts in social activism, would like to speak, Jenkins" Yes It's included in. I think every owner has a voice and has to decide what he wants to do, I think silence is pleasing, and if you do not talk about it, you'll allow it. [196592002] "If you like owners Jerry Jones, who spoke so strongly and pulled his line in the sand and talked very vociferously about it and other owners were very quiet, Jerry Jones is now the voice of the NFL owners. So, unless you have some other owners coming up with some definitive explanations and support, they will allow Jerry Jones to push the story of not just NFL owners, but NFL as a whole. "

To secure its future, tennis is looking for unity. Also at the French Open.