Maleah Davis Funeral: The "My Little Pony" decorated coffin was donated to the funeral of the four-year-old Maleah Davis 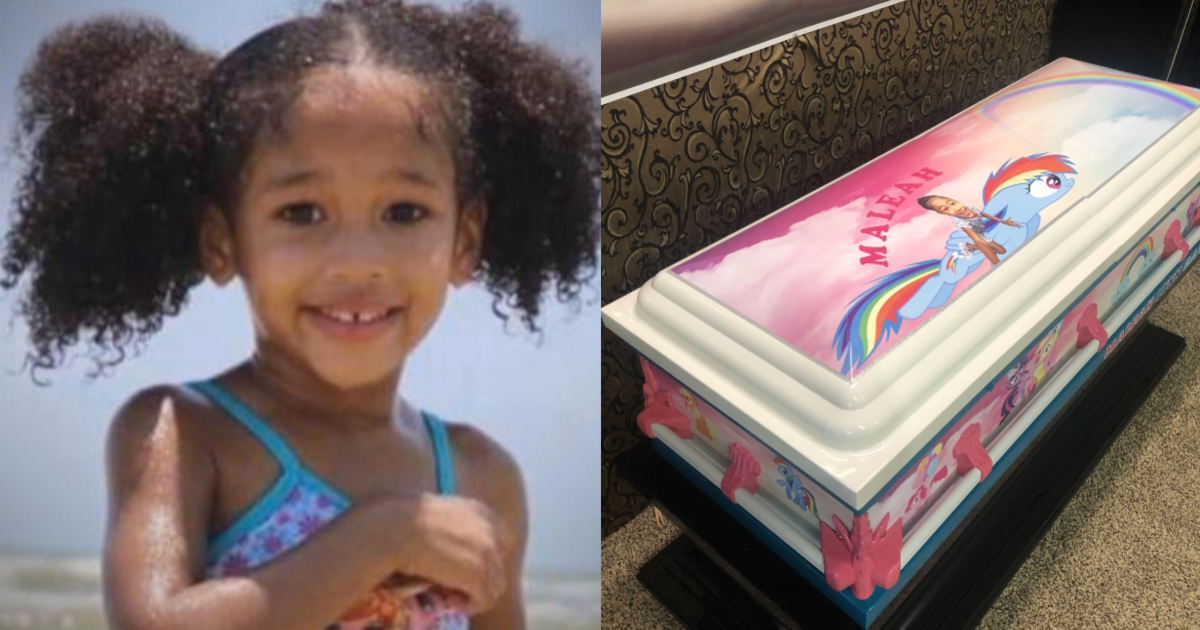 Over a month after the 4-year-old Maleah Davis was reported missing, her loved ones are doing the unthinkable – they're resting their bodies. The Texas Girl's private memorial service will take place this Saturday, and although the alleged horrific crime has attracted the most attention, her lovingly decorated casket recalls the world at the center of this tragic story: A Little Girl.

"It has touched the lives of many, our radiant, pretty little girl, the light of our lives, and the star of our hearts that makes us smile in tears," reads her obituary on the Richardson Mortuary website. "She was the personified happiness."

The obituary cited her favorite color as pink and said, "She loved my little pony, all the girlish things you can imagine." Her Saturday service casket reflects some of the things she loved in life.

Pictures of CBS News cover her casket with artwork from "My Little Pony". The top shows a smiling Davis riding figure, the Rainbow Dash, between rising clouds. It seems to float in the direction of a giant rainbow.

The sides of the coffin are covered with other cartoon ponies from the show as well as rainbows. Her name "Maleah Lynn Davis" is displayed in bright colors. The inside is upholstered with rainbow ceilings, on top of which a bright light and pictures of the beloved children's show can be seen.

The police said the story of Vence is constantly changing and does not fit together. He was arrested in connection with Maleah's disappearance and eventually told a community activist that he had disposed of her body in Arkansas.